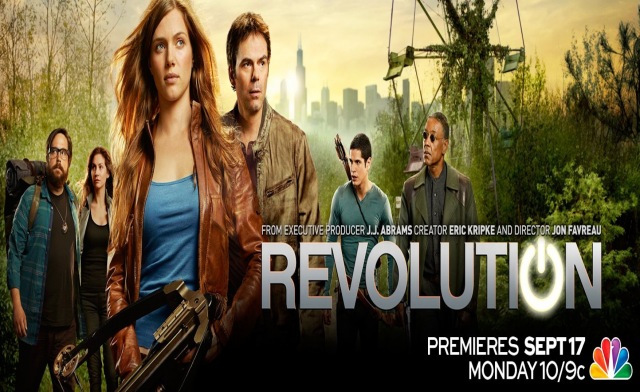 I know some of you may be just as curious as my friends and I had been about NBC’s new series Revolution. I’m not going to lie, when I first saw the add for it early this Summer I was a little weirded out. It just felt very formulaic like hey here’s 5 awesome dystopian novels lets take this element from you this element from you and this element from you. But my friend Mark who is a huge lost fan and has good tastes was going to give it try so I figured I would too.

So here are my thoughts after watching the pilot. I just typed them as I watched. They aren’t flushed out because I don’t want to give anything away. Here’s a bit of background though. Every thing is like it is now for us (technology etc.) and then the power goes out, everywhere. They jump to 15 years after the black out and we find ourselves staring at a dystopian society.

Revolution premiers this Monday (Sept. 17) night, I’d love to know what you think about it too, because honestly my interest is peaked but I’m undecided.

YA and Children’s Books by Black Authors