So you grilled all your mommy friends and read those what to expect books and those definitely hit on the key points of what it’s like to have a baby but what about the other stuff? Over the last year and a half there have been a bunch of times that I’ve though “Why didn’t anyone tell me that!?”

UPDATE: After receiving such a great response (and more tips and tricks) I’ve written a follow up to this post read Part 2: MORE things people forget to tell new moms and dads next!

So I thought I’d share for those of you expecting your first kid. If you knew a new mommy-to-be send her this post. 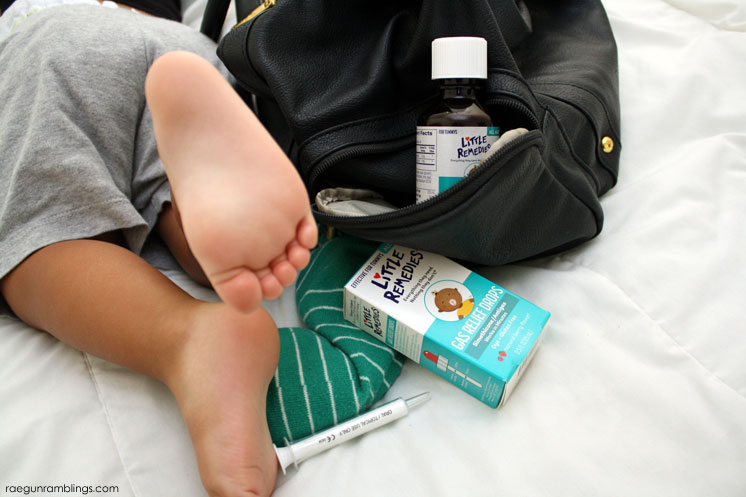 1. Gas and Tummy Issues Are Real and There Are Things You Can Do

When Teddy was new he would get these gas pains and crunch his little tummy. I knew he was uncomfortable and I even knew the problem but while bicycling his legs and placing a warm pack on him did help a little it wasn’t until someone mentioned Little Remedies® Gas Drops and Gripe Water to me that we saw a change. We’re really strict about what we give Teddy (and even more so when he was an infant but we got the green light from his doctor and saw the gas drops and gripe water give our little guy relief after just a few minutes). This statement has not been evaluated by the food and drug administration. This product is not intended to diagnose, treat, cure or prevent any disease. But as our doctor put it if we saw a positive difference that’s what mattered to us.

So of course I thought they were magic so I started talking about them and tons of friends said stuff like “oh yeah we used those” and “gas drops were practically a part of our nightly ritual in our house”. And I thought WHAT THE HECK people you could have told me this weeks ago when I came to you wondering how to help my baby. So there, do the the leg exercises, rub their tummies, give them a warm heat pack, be mindful of what you/they are eating but for goodness sakes try those gas drops. We had many months where gripe water was a part of Teddy’s bedtime routine and I carried the gas drops in my purse for on the go.

Okay, okay, so I know they do tell new moms this but if you’re like me you’ve heard “drink your water” all through your life. But really moms need water SOOOOO much more than the average person. Especially nursing moms, a well hydrated mom will have a way easier time nursing, I mean those little beasts are literally sucking us dry. Not just the nursing though, the water does wonders for energy level. If yours doesn’t sleep like mind (he still doesn’t) making sure to have enough water can really help with that zombie mommy feeling. 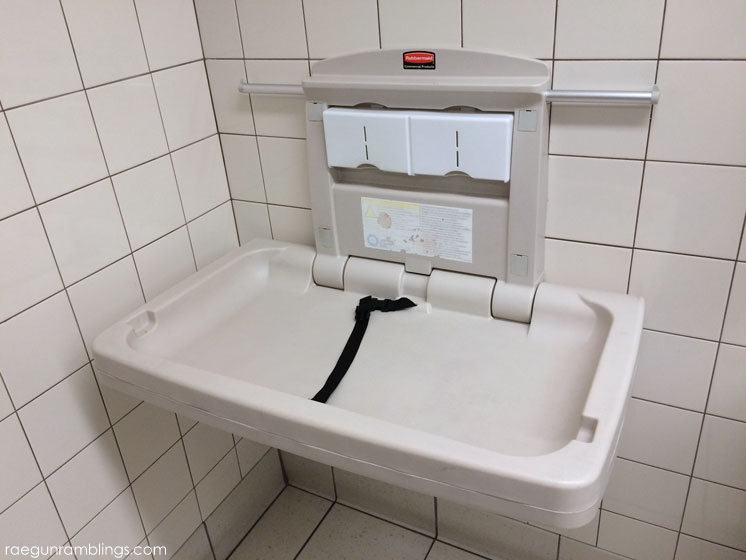 Okay I know this one is really specific but no one told me! It was only after many sink-side and gasp floor (at least I had a changing pad) diaper changes that I realized that lots of public restrooms have changing tables in the handicap accessible stalls at the end since they are so much bigger. 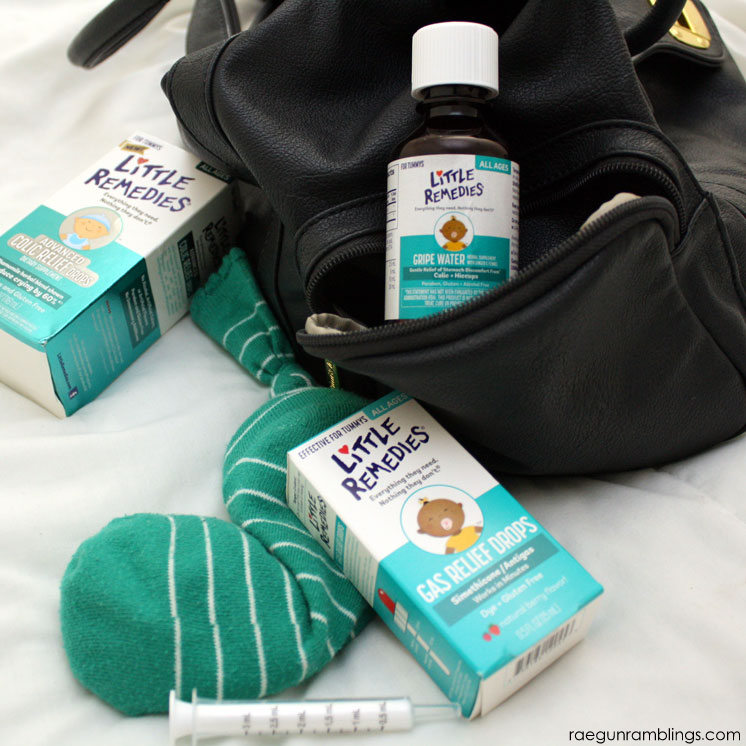 4. Lots of Babies Have Fussier Times

We called 6-8pm Auntie time. Teddy was just way way crankier than any other time and the only thing that could kind of help was my sister coming over and taking a turn with him. Little Remedies® has an Advance Colic Relief that I wish I had it when Teddy was an infant because I totally would have given it a try. I don’t think Teddy technically had colic but he definitely had a crying spell most days around the same time and it would have been nice to have something to try besides waiting it out and waiting for my sister to get off of work and come over.

5. You’ll Need Food that You can Prep One Handed and Fast

There was a time period that I lived off of my Lactation Chocolate Chip Cookies and Curry Puffs because they were so easy to make a big batch and then I could just grab them and eat with one hand. Before Teddy was around I never realized how long I took to decide what to eat. But making sure to eat was really really hard for me at first. I didn’t have the time or energy or arms to prep stuff. I recommend before you babe arrives (or if baby is already here while someone else is on baby duty) to make a list of foods you like that are easy to prep and easy to eat. Note, hot soup is not easy to eat with a baby.

6. If You Are Nursing Don’t Sleep on Your Tummy

Sleeping on my tummy and taking a scalding hot bath were two of the things I looked forward to most about no longer being pregnant. Oh and that whole holding the baby, snuggling the baby thing. But really tummy sleeping and baths were right up there for me. But I had no idea that sleeping on your tummy can actually cause plugged ducts. That and too tight clothing. Crazy right? I shared all about my miserable plugged duct experience and tips and trips to avoid and live through it but I wish someone had told me before hand to ditch the tighter sleep shirt and to be careful about sleeping on my tummy. Hopefully you won’t be prone to plugged ducts and can tummy sleep, but if you find yourself dealing with them you might want to check you sleeping position.

7. Your Body Will Feel Foreign After You Give Birth

If you thought your body felt weird while growing a little human just wait until you kick him out. I remember just touching my belly skin and having it feel so foreign. Thankfully my tummy feels like mine now. And not go TMI-ish but toilet I swear going number two is totally different for me now. It’s freaking weird but what can you do your body did some major crazy magic housing and growing a little person for nine months. 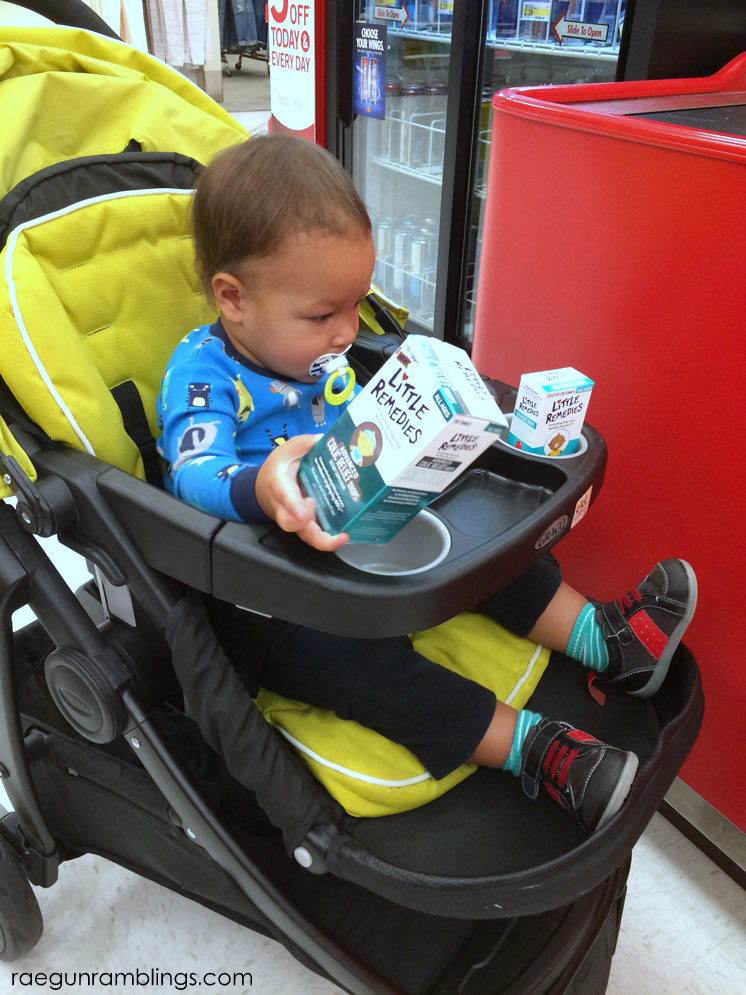 9.  Nursing is Totally Learned and Often Hurts at First

Nursing can down right HURT at first. Yes hurt. But if you’re doing it right it will get better BUT it might take some time. Like not just the few days in the hospital and you might want to visit a lactation specialist a few times. Yes it is natural and for some people and some babies it can just click right away but for LOTS of us it was quite a while (like weeks) before it started to feel normal. If you have your heart set on nursing and it seems really rough at first you might just not have the hang of it, things might still need to kick in, or you might benefit from getting some outside help.

10. Lots of People Have to Supplement Formula in the Hospital and Still Nurse Exclusively After

I was a wreck when they wanted to supplement formula in the hospital. I had imagined exclusively nursing my baby. It was really really important to me and I was extremely upset when they pretty much forced me to give Teddy formula. Granted after talking to my pediatrician after I left the hospital I still don’t think it was NECESSARY and I wish the nurses had encouraged me to drink a ton of water (which they didn’t) as well as try some other things, but I realize now that it wasn’t that big of a deal and many people who are even hardcore nursing advocates have a little kick start with a tiny bit of formula. For me this was less than a week of very minimal supplementing. This might seem like a weird one but I was really upset and confused when the hospital staff threatened to release me WITHOUT my baby. Yes I think I had some crappy nurses and visiting doctors but I wish I had known that lots of people supplement before their milk comes in and then they are able to nurse exclusively afterwards. 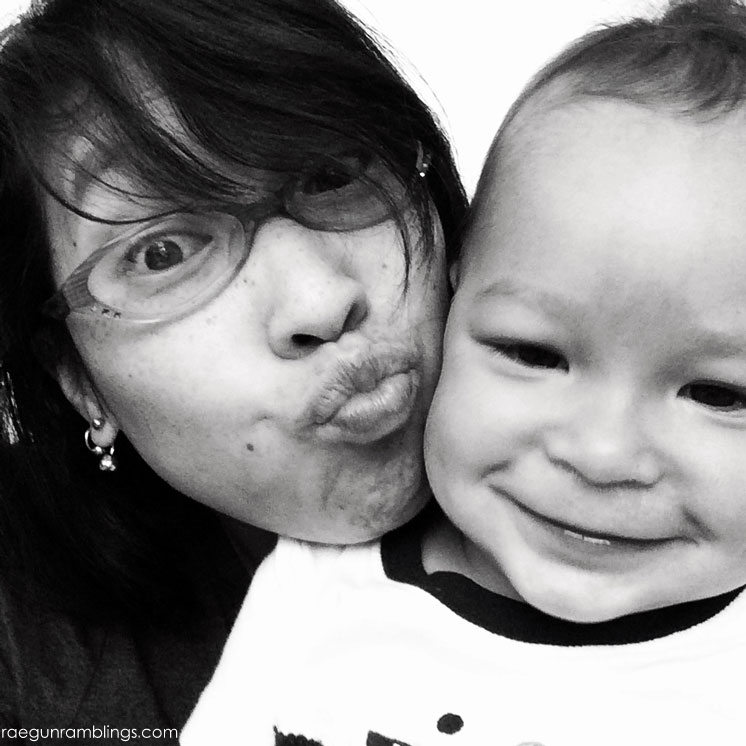 11. It’s Really Hard and You’ll Feel Like a Failure But That’s Okay

Having kids is hard work. You have to be delusional not to know that but no one tells you that it’s just not hard but super duper crazy hard some times. Like so hard you think there has to be something wrong with yourself because even those totally incompetent acquaintances of yours have been able to raise children and keep them alive. I believe it’s a conspiracy since if we all had known it going in we wouldn’t do it, or maybe people did say as much but we just thought they were being dramatic. But when sleep deprivation compounds with gas, and crying fits, and your own hunger it can be a struggle. But that’s normal and just when you think you cannot possibly do it any longer your baby will do something magical like give you the sweetest gassy smile and you’ll agree with those who have gone before you that it’s totally worth it. 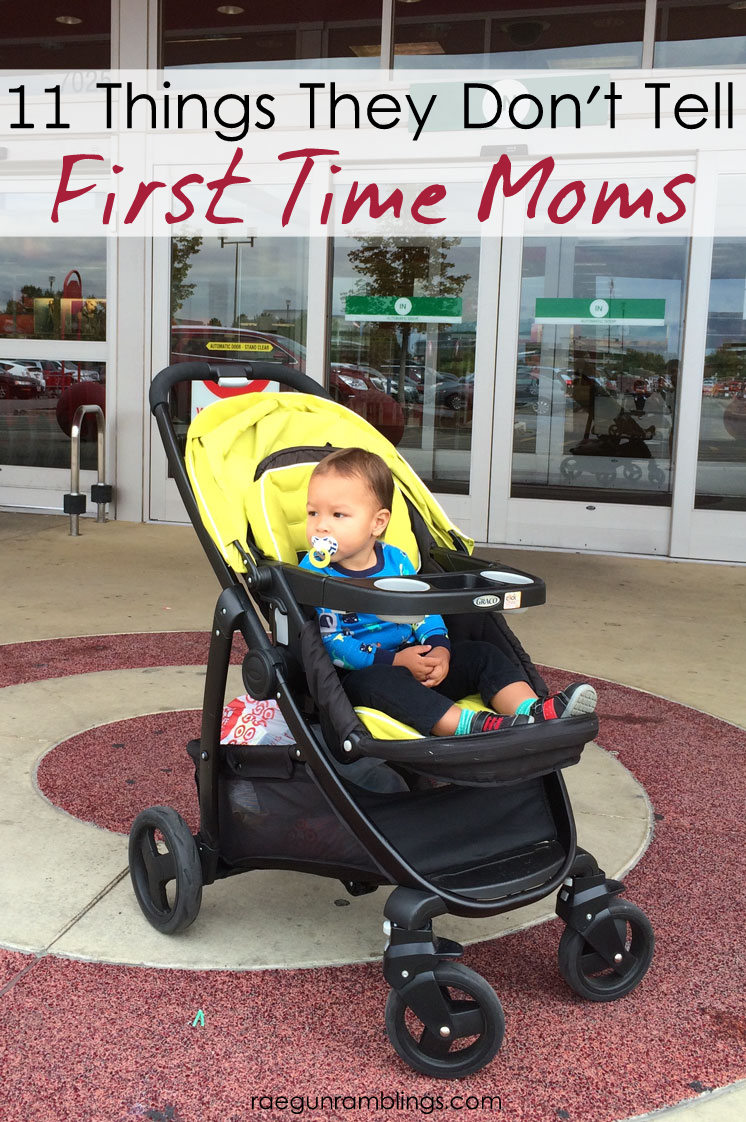 I had such a great response to this post and I learned more things that I have added a sort of Part 2 post here with MORE things people forget to tell new moms and dads! 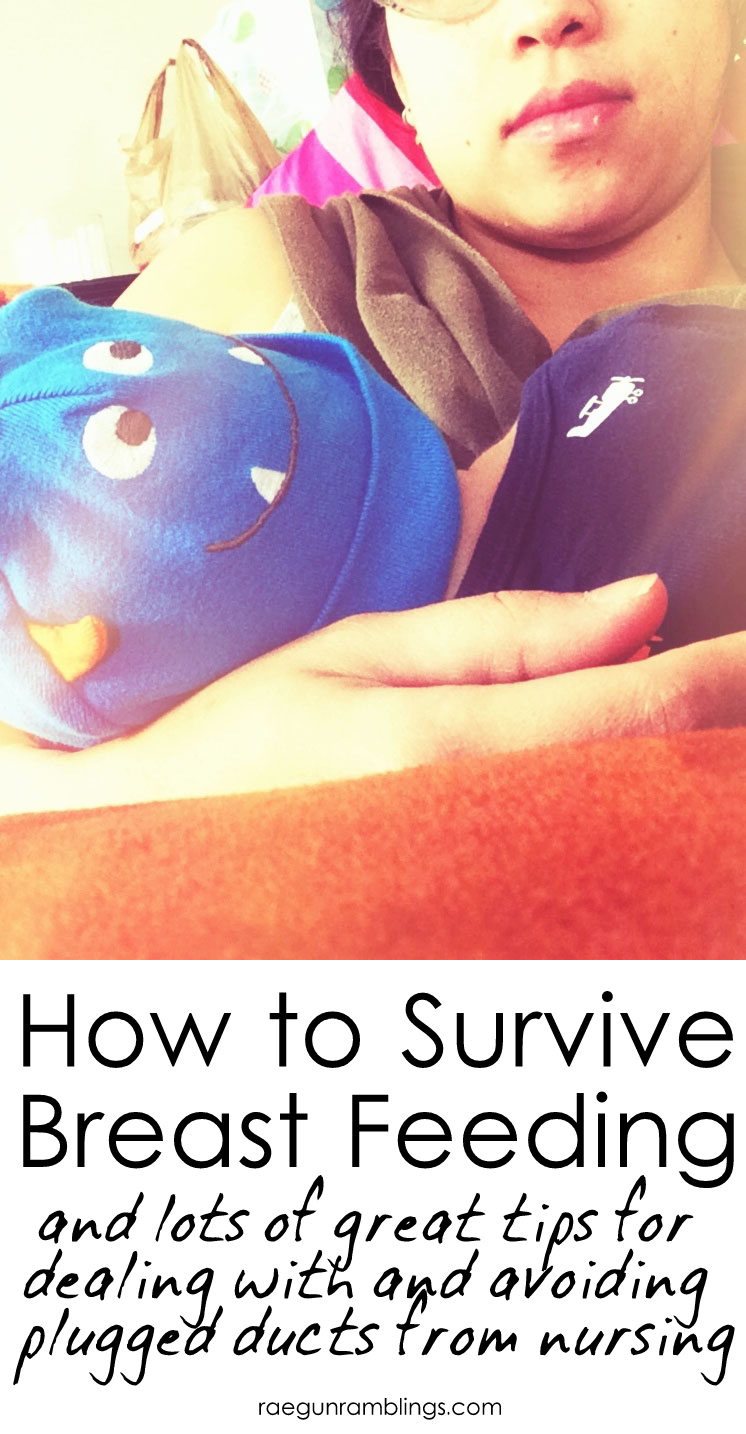 My best tricks, tips, and things I learned (and wish I had know sooner) about surving breast feeding especially dealing with plugged ducts. 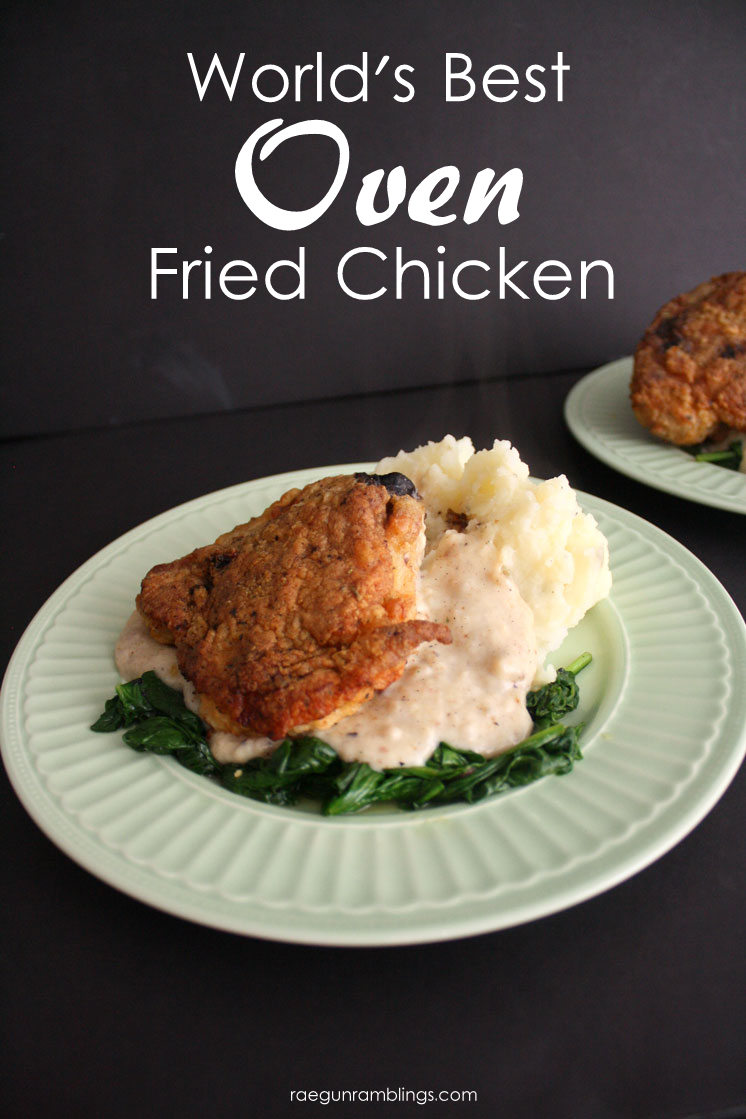 This recipe for Oven Fried Chicken is so good! It’s on our regular weeknight rotation. Tastes like it’s deep fried but just uses a tiny bit of butter in the over so way healthier and way less mess! 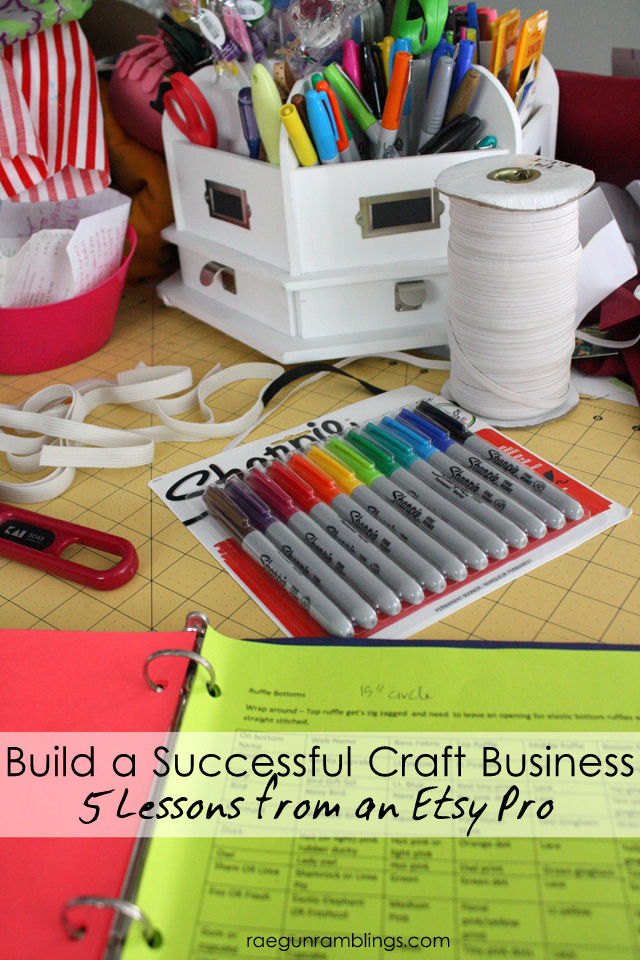 Curious about what it takes to build and run your own creative business? I’ve been Etsy-ing full time for the last 6 years and I share exactly what it took, tips, tricks, things to avoid. 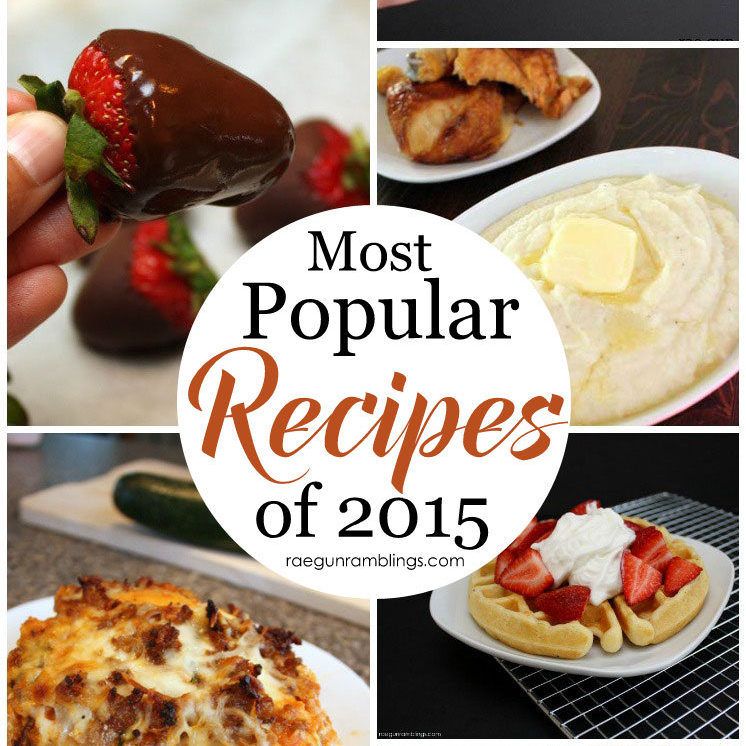 Most Popular EASY recipes of 2015. These have been pinned and shared like crazy and they are some of my personal go to’s!

I originally wrote this post as a part of #MyLittleRemedies #CollectiveBias campaign but I do LOVEEEE those products and have before and since without ANY compensation recommended them.