Home » costumes » Lessons From Mary Poppins: The Good of A Sloper (or trusty pattern) 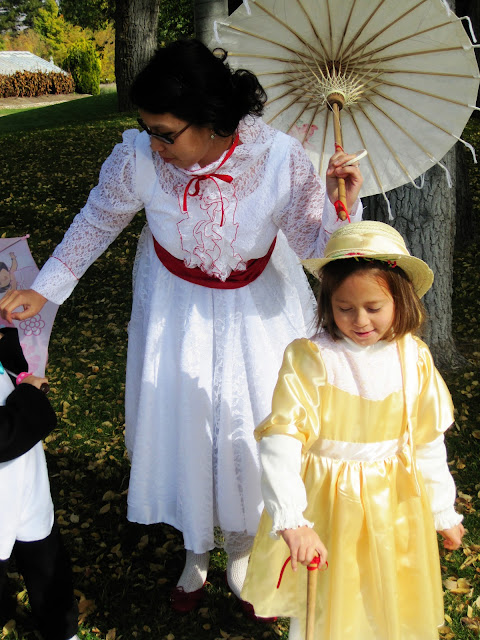 I had a blast making our Mary Poppins Halloween costumes for our family this year and thought that some of you might find the process I went through for each costume interesting and maybe potentially useful.

Let’s start with the Mary Costume.

The lesson that the Mary Poppins costume taught me was a good sloper or trusty pattern will save you lots of work. If you don’t know what a sloper is, it’s more or less a basic pattern that fits your own body that you can use to make many different patterns from. A while back I made one for my basic torso measurements and one for a bodice with a high waistline (since that’s mostly the kind of dress I make). Before I scare all you newbie sew-er or non sew-ers with my sloper craziness I wanted tell you what I did since a sloper is kind of an advance sewing thing. It sounds scary but really it’s not too bad and like many things with sewing trying it out will really teach you a lot. And even if you aren’t up to making your own custom pattern (or sloper) from scratch. 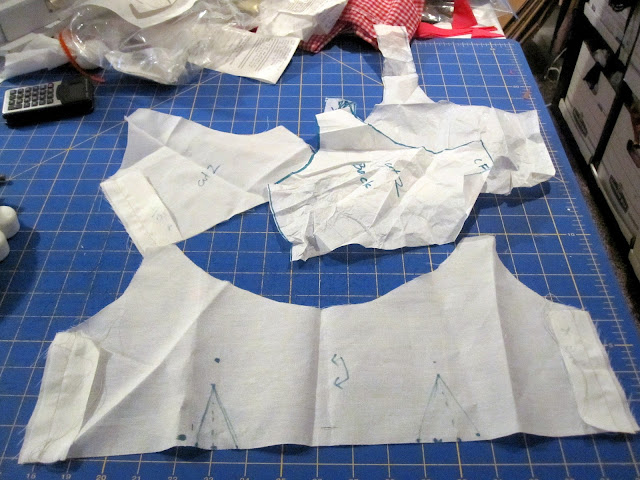 Here’s what I did in a nut shell for Mary. 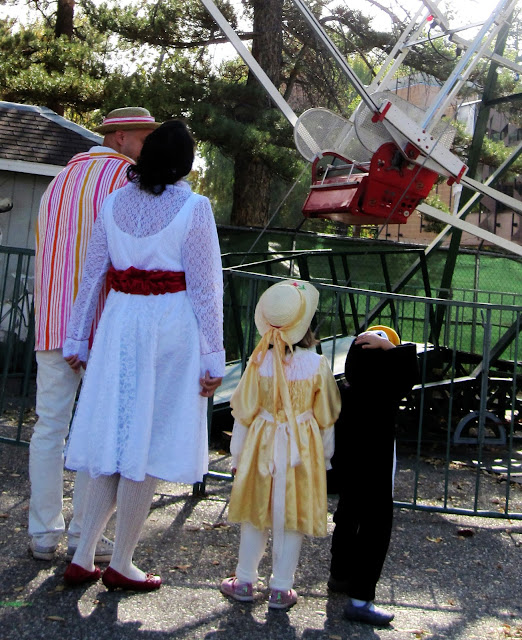 This costume took me about 3 hours from beginning to end. It’s not perfect at all. In fact it’s VERY imperfect. the underskirt is longer than the over skirt in places, the band is too loose, and the neck is weird so I kept on having to adjust the ribbon. Could I have fixed those things? Sure but it was a costume I wore for a weekend and most of the time I was moving so no one was inspecting everything and it was great for that.

Okay that was kind of long so I’ll save my sloper making for later this week. But the lesson from Mary is that when you find a pattern for a basic shape that fits you well keep it close and use it and tweak it when you can.

UPDATE: read part II of The Good of a Sloper here.