Home » costumes » Princess Festival and The Story of a Dress 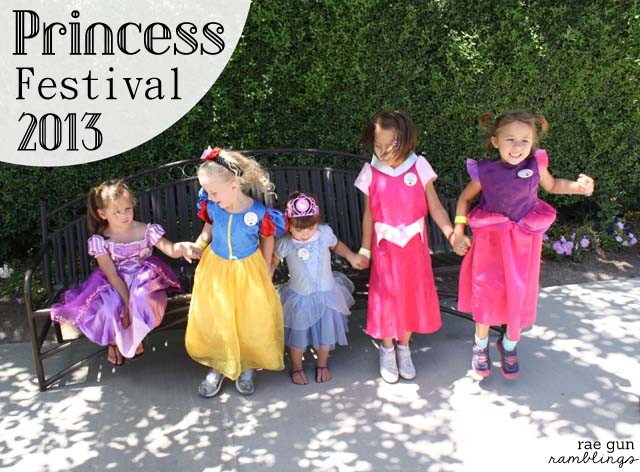 Once upon a time there were two princesses. They got a fancy invitation to a grand Princess Festival from their friend Princess S of the land of Housewife Eclectic. The two little princesses were so excited. Little Princess L said she’d wear her sparkle gown that she got for her last birthday but poor Princess T had outgrown all her fancy dresses so they commissioned the castle tailor to make something up for the special event. Like all fancy occasions there were only a few days warning and the tailor was already booked with work.

So the day before the Princess Festival the tailor set to work on Princess T’s Sleeping Beauty dress. She fought with the fabric. She worked late into the night and when she went to fit the skirt to the top the skirt was too small. So she cut off some of the skirt only to find that she no longer had enough fabric for the fancy waist band for the skirt. Alas she decided only to put the band in the front. Tired both literally and of the task, the royal tailor threw the collar together by stabilization some fabric with heat bond and hand tacked it to the dress. 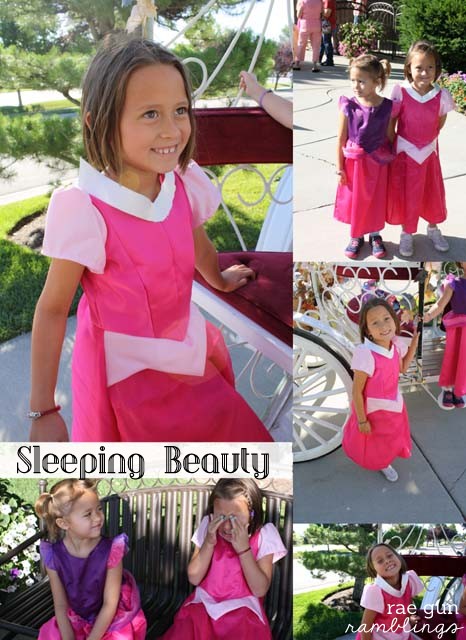 She was so nervous about Princess T trying it on but when she did the little princess loved it and the tailor thought it turned out a lot better than she expected considering all the mistakes and late night redos. So together they traveled to the land of Thanksgiving Point to meet with their friends Princess S of Housewife Eclectic and the Princesses A and S of Utah Sweet Savings. 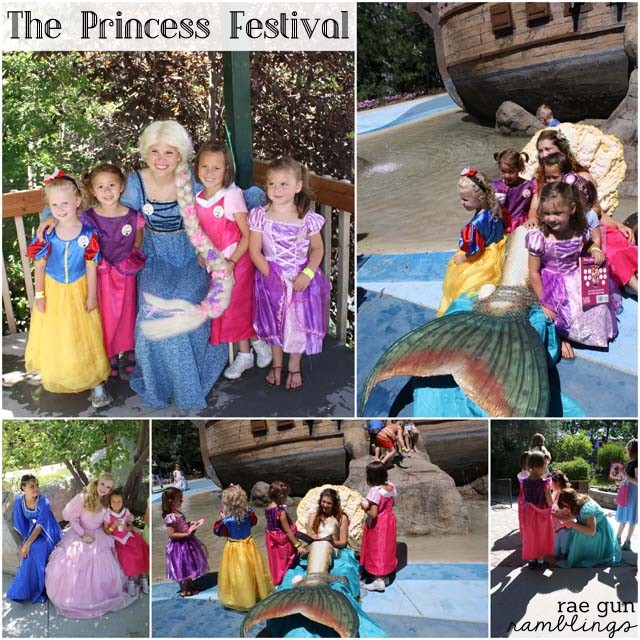 There was much giggling and twirling and meeting other lovely princesses. Practically every princess imaginable was in attendance from Cinderella to the Princess and the Pea to new princesses. 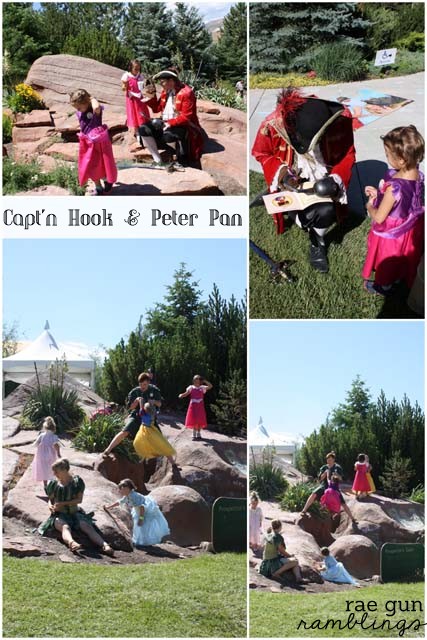 There were also some fine gentlemen including the charming Captain Hook who won their hearts. Girls always fall for the bad boys. Not to be forgotten was the spunky Peter Pan who danced with each girl through the night, and by night I mean day, and by dance I mean swung the girls from rock to rock over and over and over again. 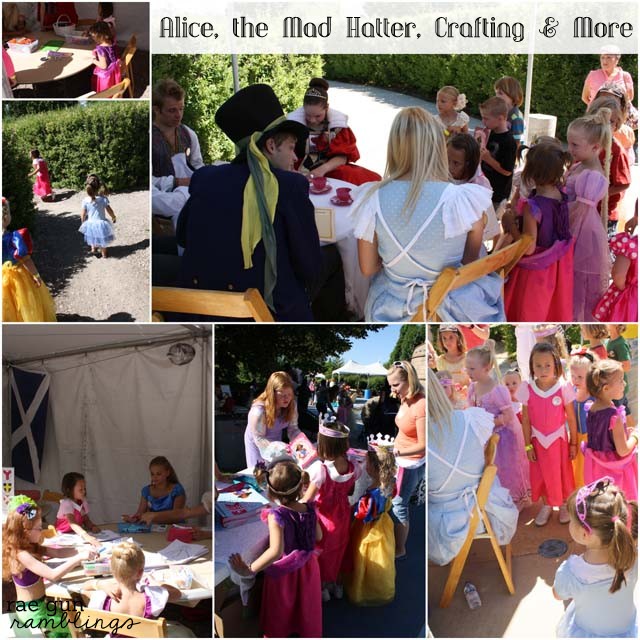 The princesses followed a maze to tea with the Mad Hatter, Alice and more. They made some crafts and colored. 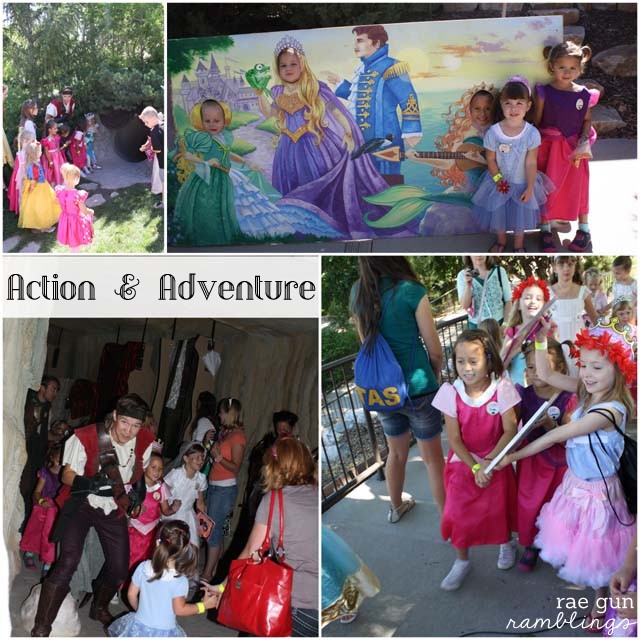 There were quest of all sorts including dragon hunting where songs were learned and adventure was had as well as some entertaining theater. 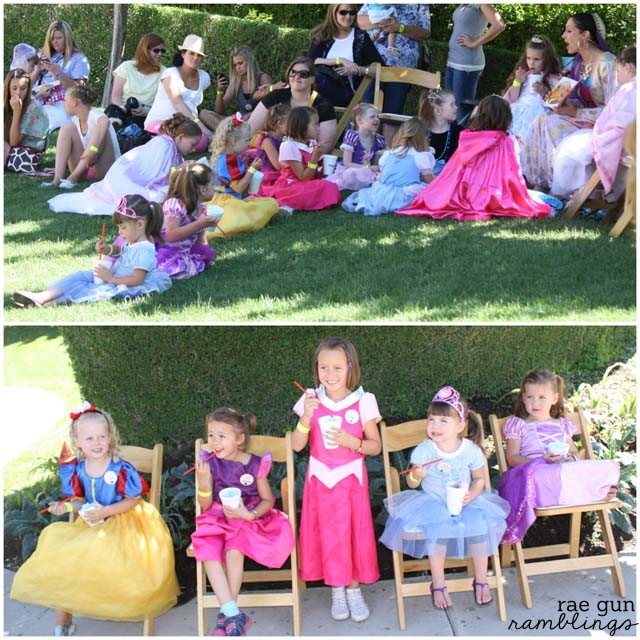 After meeting so many fancy people the princesses indulged in fine delicacies of Snow Cones and listened to Princess Kadesia read a story.

Finally the princesses finished the festival with a horse drawn carriage ride looking forward to more fun next year. And the Castle tailor finally got some sleep. The End.

« Best and Worst Book to Movie Adaptations
What We Wore, Read, and Made Link Party »