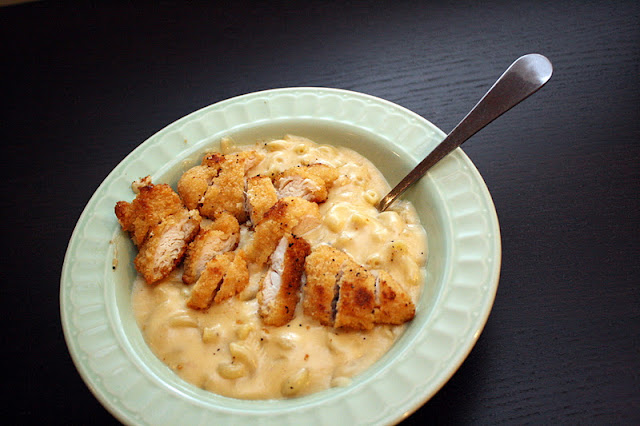 (breaded chicken and mac and cheese)

So I’m sad to report my “newbie” i.e. the crock pot Chicken Korma recipe was pretty bad. Not like spit it out of your mouth bad but not yummy (which is weird since there were loads of comments saying how much people liked it) :(. It smelled good but it didn’t taste like Korma at all and it didn’t have much flavor. We each ate it (it wasn’t bad enough to make something else to eat) but I fished out the leftover chicken to throw in ramen since the potatoes were kind of yucky. Oh well. This week I’m going to try out a bunch of new recipes cause I’m in that kinda mood. Hopefully they turn out better than last week’s newbie.