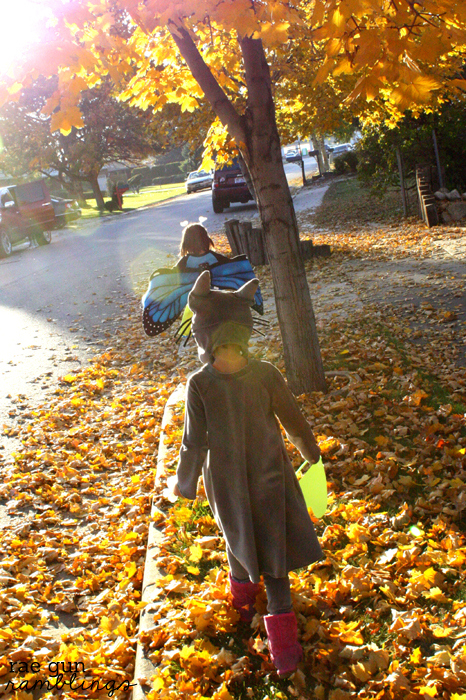 I kind of love Halloween being on Thursday, it totally forced me to get stuff done way early since the nieces had parties to go to last weekend.

L as you know is a huge My Neighbor Totoro fan so of course she was SURE she wanted to be Totoro. T went back and forth between being a butterfly and a super hero and in the end settled on “Butterfly Girl” a super hero of her own creation. 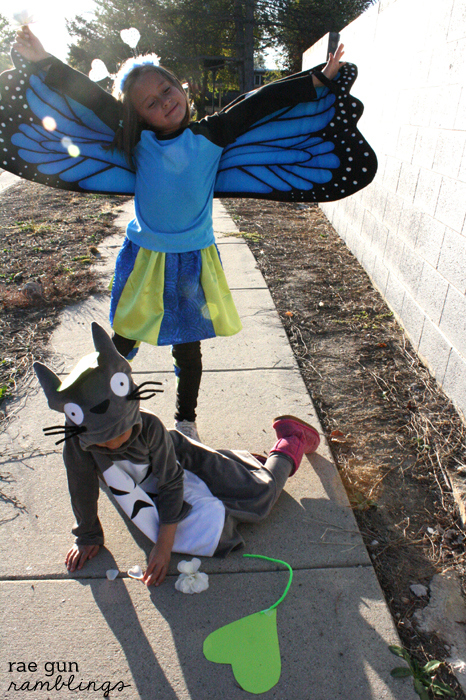 Both really love their costumes and even though they were both kind of involved and had a lot of parts were relatively quick to put together.

I took pictures along the way so I hope to have tutorials but I’ll give the basics of what I did for each for now. 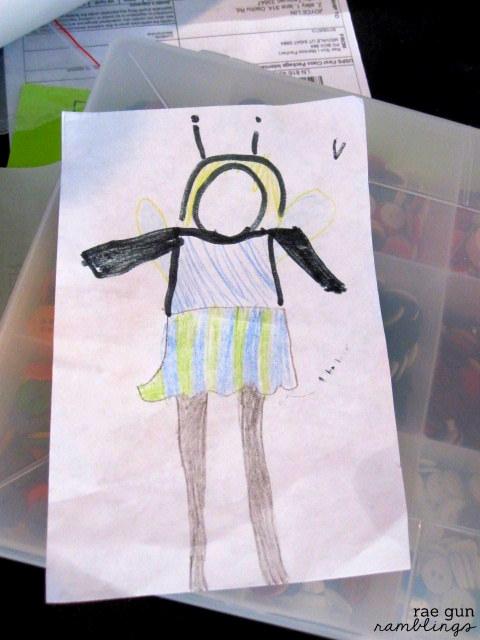 T’s Butterfly Girl costume was inspired by those awesome wings that were gifted to L for her birthday. I’m actually kind of shocked she was so willing to let her sister borrow them for the costume.

T our resident fashion designer. You might remember her awesome rainbow dress that I sewed up. She is always drawing awesome pictures and she provided me with this sketch of how she envisioned her costume. 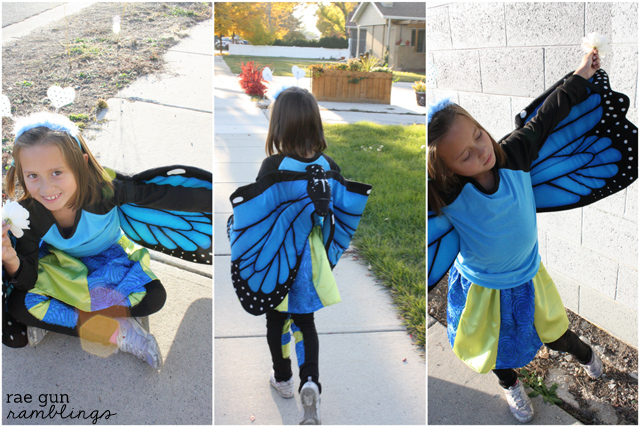 For her shirt I made a raglan shirt pattern. I used the principles from Craftiness is not Optional‘s Raglan Tee tutorial but I applied it to a pattern and made long sleeves.

For the skirt I just did a big rectangle with an elastic casing, sewing pieces of an awesome rose fabric and great lime satin together to make the panels.

Then for the pants I used Me Sew Crazy’s Riding Pants pattern. For the inset I just pieced together some fabric before I cut the piece out and then I zig zaged around the edge instead of doing a straight stitch. 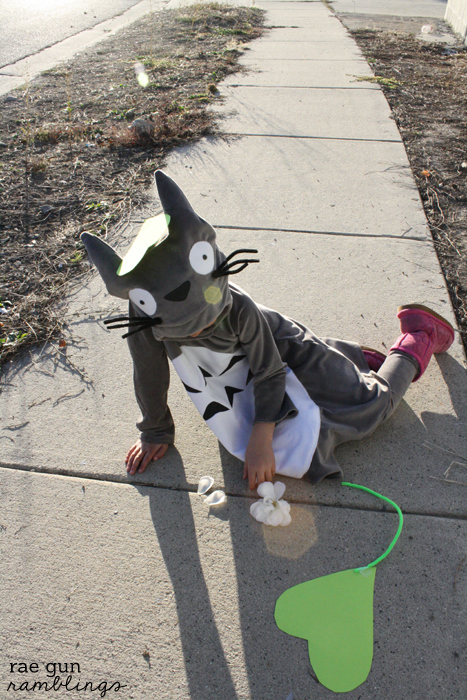 For some reason it took me a long time to figure out out how to do L’s Totoro outfit. I finally ended up making a raglan dress. The fabric was this fun apparel fabric that was both soft but kind of held it’s shape so it made for a nice big tummy when on.

For her leggings I used Peek-a-boo pattern’s quick lollipop leggings pattern. And I tweaked McCalls’s 5253 hat pattern to make her head. 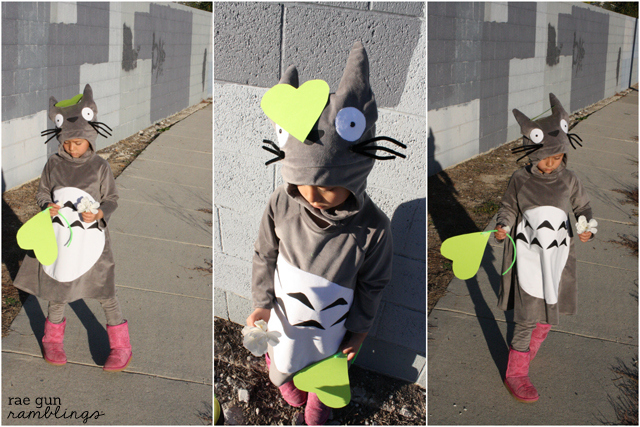 And since I was forced to get their costumes done so early I had plenty of time to make something for Daniel and I which I’ll show you on Thursday, but let me just say I really love how they turned out. 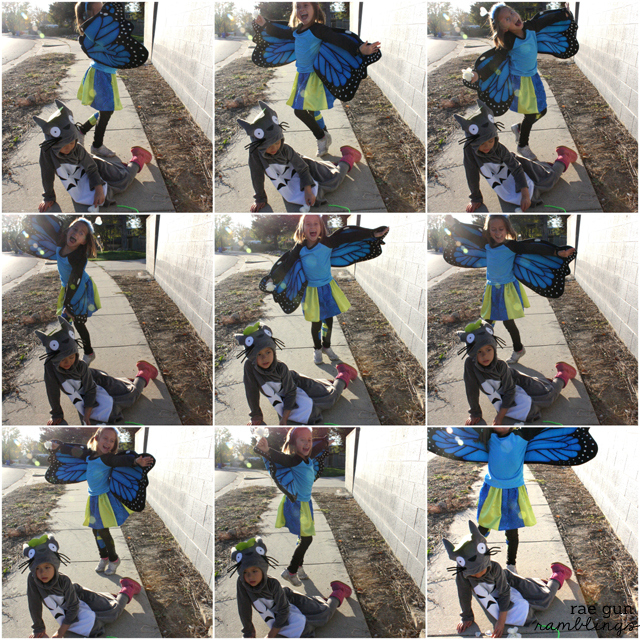 How to make a mermaid Totoro dress. Such a fun idea right? 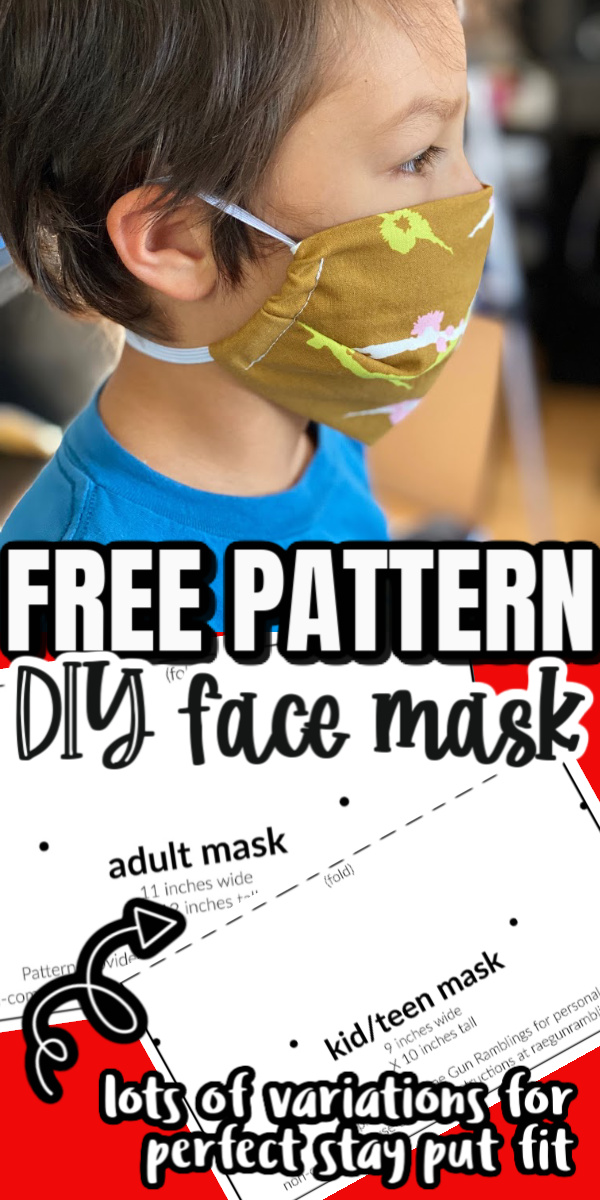 This is the very best fitting cloth face mask for kids! 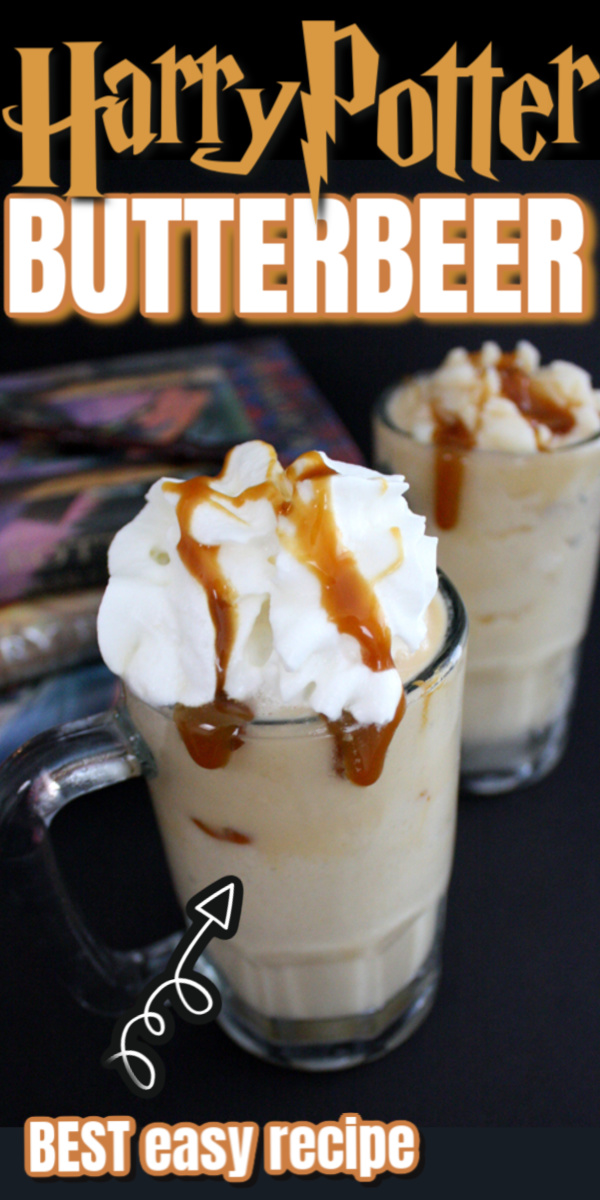