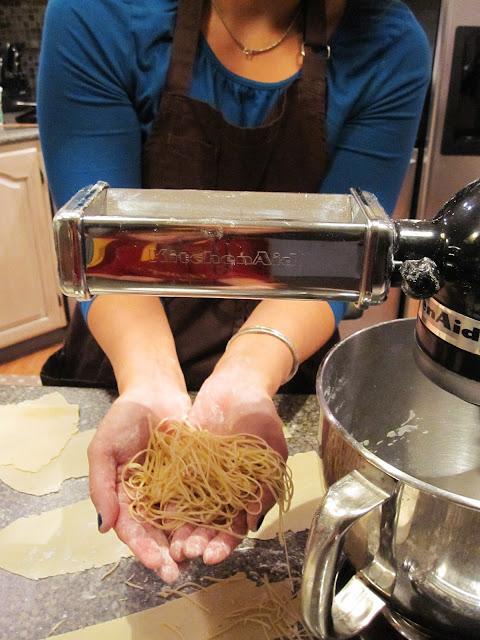 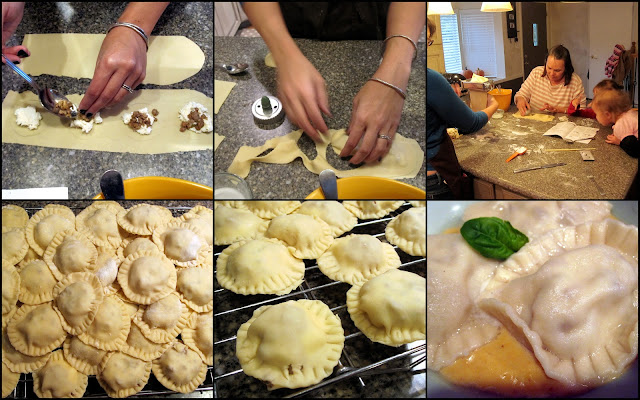 (we made sausage and ricotta ravioli with pumpkin cream sauce – click to enlarge)
The only down side is that it is freaking expensive. I saved up for a long time and right when I had decided to use my swagbucks that I earned searching the internet to buffer the cost CSN stores invited me to do a review SCORE! So while I was fully prepared to pay full price for it I was lucky enough to get it for almost 50% off. And even with that I think it is worth the full cost. 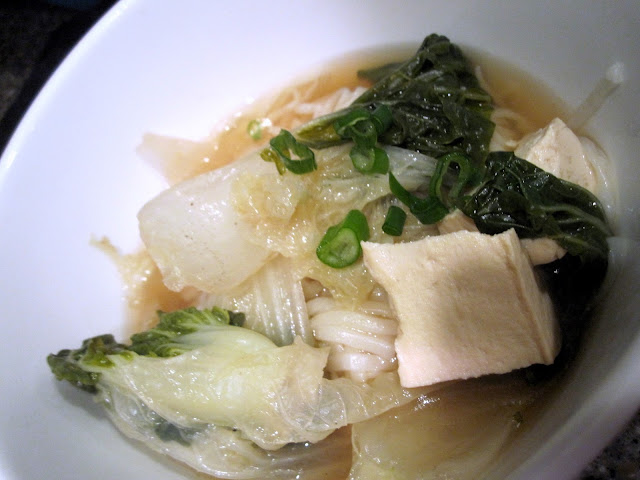 (I served some Asian style with a veggie broth, tofu, cabbage and bok choy)
Some reviews said you needed two people, to that I say blah. It makes it easier with two people and your first time you may want two people but it really is easy enough and fast enough for me to do by myself. 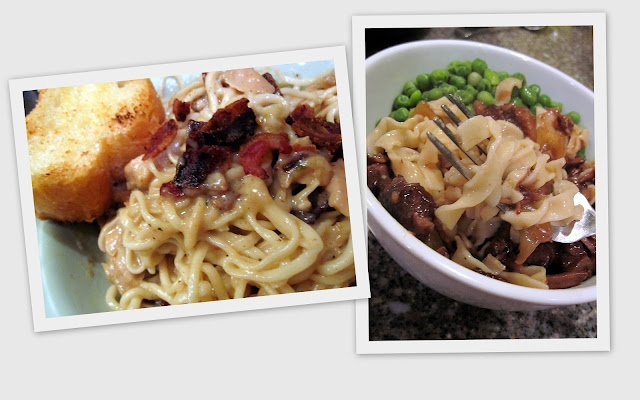 (Linguine with Clam and Bacon Sauce and Fettuccine with Wine Beef Gravy)
The pasta tastes delicious. I’ve made regular white flour pasta, light wheat, and vegan white. Seriously I will be making at least one batch a week. I really couldn’t recommend it any more. It’s easy to clean, easy to use, and yummy. For a while my mom kept saying she had a crank one at home (in Thailand) that she could bring back on her next trip and that Ross had them for 10$ but the second she saw this baby work she was immediately converted. 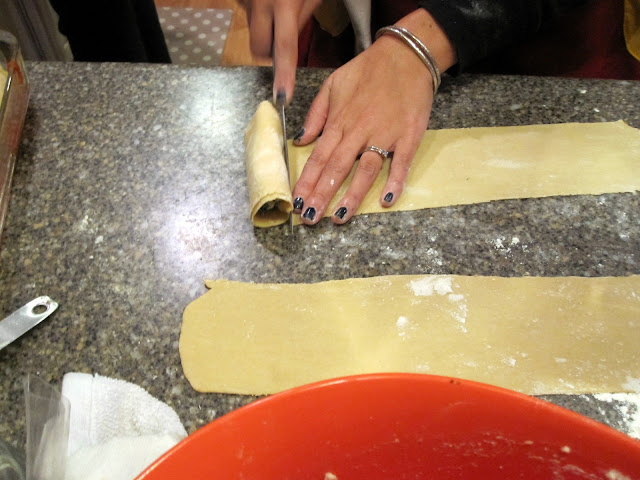 (we also made spinach and cheese manicotti)
Let me know if you have specific questions I wanted this for so long I figured some of you may have been curious about it as well. I bought the KPRA set: sheet, spaghetti/linguine, and fettuccine cutters. So there you go my rav reviews and pasta show off :)