Home » book geekery » TTT: Books that Santa’s Bringing Me AKA let me tell you how much I loved Throne of Glass and Shadow and Bone 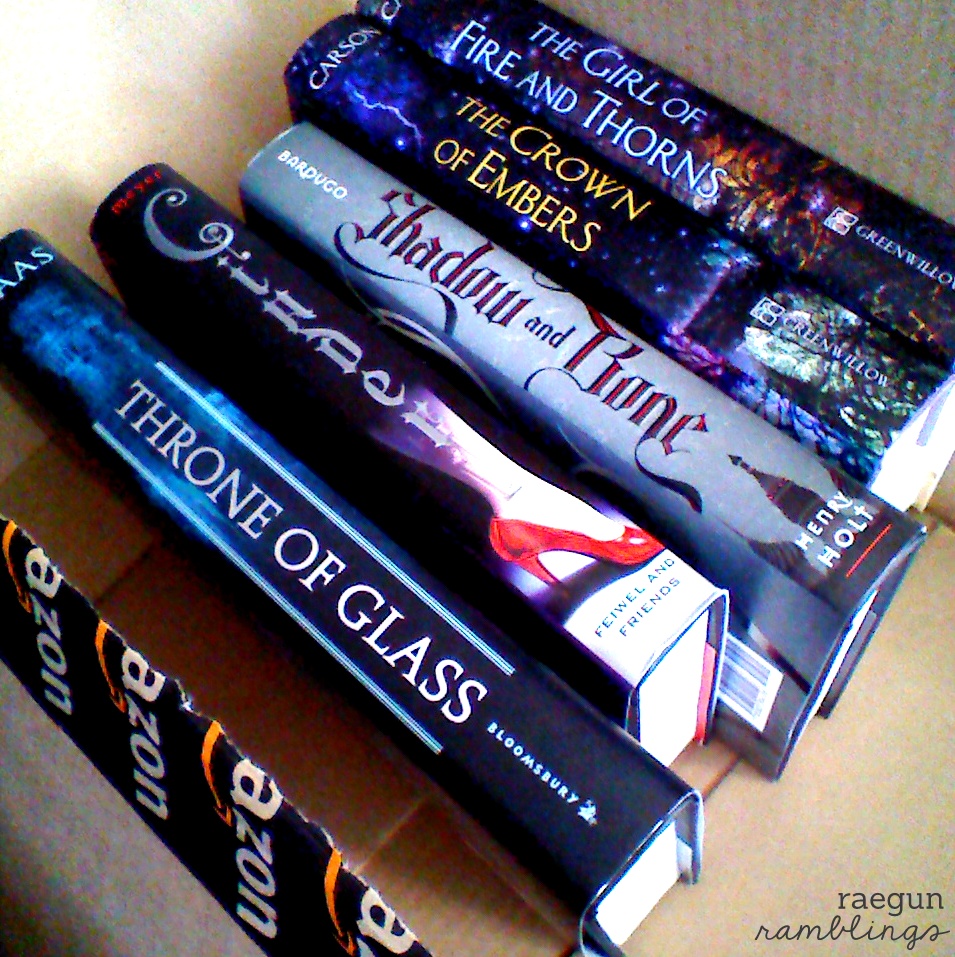 First I shared my gift guide for book lovers and some of my favorite bookish Etsy shops on Friday. I’d love you to check it out.

This week’s Top Ten Tuesday with The Broke and The Bookish is Books You Hope Santa Will Bring and since I went a bit crazy book buying during the after Thanksgiving sales I may have ahem most of these already sitting on my shelf wahoo thank you early Santa.

But I do want to highlight a few of my favorites at little more in depth since I haven’t had a chance to review them here on the blog but they were really great so I want you guys to know more about them. Oh and before you go let’s be Goodreads friends, you can find me here.

Shadow and Bone by Leigh Bardugo

Alina is a nobody mapmaker, a discarded orphan in Ravka a nation that has been wreaked havoc upon by the Shadow Fold. She lives in a world that is constantly terrorized by darkness and evil winged creatures that come out to devour humans.

And of course there is a boy Mal whom Alina has loved most of her life but has come to grips with the fact that he does not return her affection. But then one day on the Fold Alina’s regiment is attacked and in an effort to protect Mal, powers she never knew she had are revealed. Not only is it scandalous that she has these powers but they might just be what Ravka needs to defeat the evil that has held them captive.

I read the first half of this book in one of the worst possibly ways one can read a book, a few pages at a time at 3 am when I was totally exhausted from the day and in stolen moments waiting in lines. So to still have loved it with such a bad set up I think says a lot.

I instantly fell in love with Bardugo’s writing. This book is full of great characters, a captivating totally unique story, a complicated and deep villain, amazing friendships, and of course love. I loved being able to follow Alina as she went from her comfortable life of being no one special to adjusting to life as quite the opposite. You never quite know who to trust and the story is action packed and fun.

It is definitely fantasy but there are no weird creatures dominating the pages (like the description on goodreads might have you believe. This was one of my favorite books I read this year. Perfect for fans of Kristin Cashore’s Graceling books or Rae Carson’s Girl of Fire and Thorn books. I cannot wait for Siege and Storm!

Glass of Throne by Sarah Maas

description from goodreads – After serving out a year of hard labor in the salt mines of Endovier for her crimes, 18-year-old assassin Celaena Sardothien is dragged before the Crown Prince. Prince Dorian offers her her freedom on one condition: she must act as his champion in a competition to find a new royal assassin.

Her opponents are men-thieves and assassins and warriors from across the empire, each sponsored by a member of the king’s council. If she beats her opponents in a series of eliminations, she’ll serve the kingdom for three years and then be granted her freedom.

Celaena finds her training sessions with the captain of the guard, Westfall, challenging and exhilirating. But she’s bored stiff by court life. Things get a little more interesting when the prince starts to show interest in her… but it’s the gruff Captain Westfall who seems to understand her best.

Then one of the other contestants turns up dead… quickly followed by another. Can Celaena figure out who the killer is before she becomes a victim? As the young assassin investigates, her search leads her to discover a greater destiny than she could possibly have imagined.

I LOVED this book. Boys that remind me in a great way of Cassandra Clare’s Will and Jem, a castle  setting as fun as Robin LaFevers Grave Mercy, and a main character I liked as much as Divergent’s Tris Prior. Truly it has so many things I love:  a strong heroine who can think for herself, fighting action, great friendships, romance, royalty and just enough fantasy for it to be fun.

I was surprised be so taken with this tale and with Celaena. She is definitely on my favorite heroine’s list to stay. She’s one of those character’s who’s not perfect and she knows it but she tries to do what is right. She knows that she has made mistakes and she values her second chance. Now only does she stay up late reading and geeks out over books with the best of us, but she can kick some serious butt. After all, she is the assassin of Adarlan.

And these books I’ve already raved and raved about many times but yup Santa’s giving them to me for Christmas this year!
Cinder by Marissa Meyer
Graceling, Fire, and Bitterblue by Kristin Cashore
The Girl of Fire and Thorns and Crown of Embers  by Rae Carson
The Mortal Instruments Series by Cassandra Clare (I bought the paperbacks that are out, how could I pass up 5$ a book?!)

I really want The Night Circus by Erin Morgenstern but for the life of me I can’t find a hard cover copy. If anyone spots one definitely let me know!

And before you go I’m giving away Under The Never Sky by Veronica Rossi’s. I won a copy from Epic Reads a couple weeks back but since I have already read it I figured I’d share the love and pass it on. People are crazy about this book! Just see the widget below 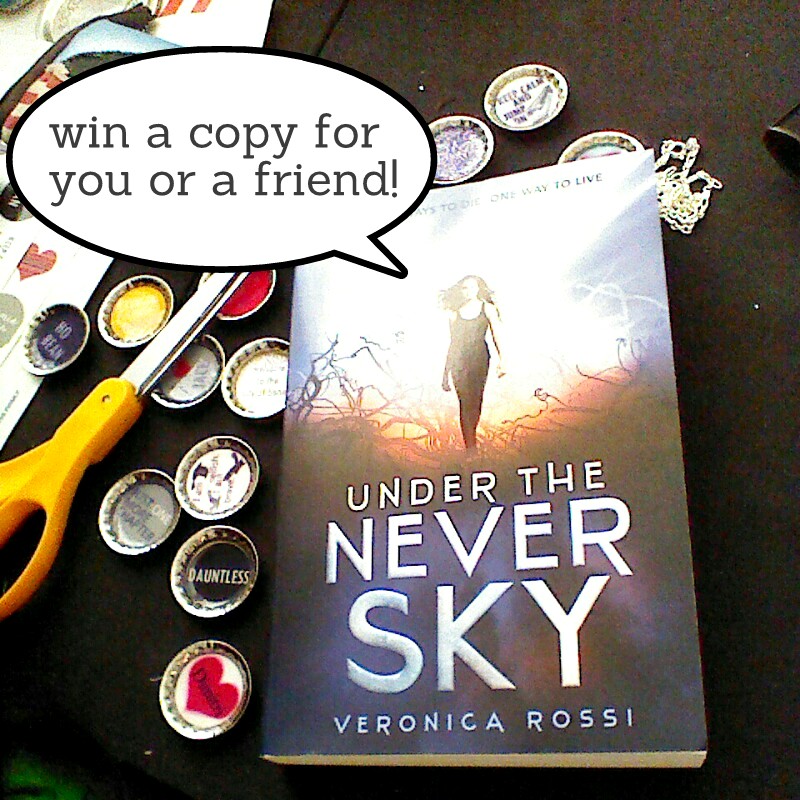