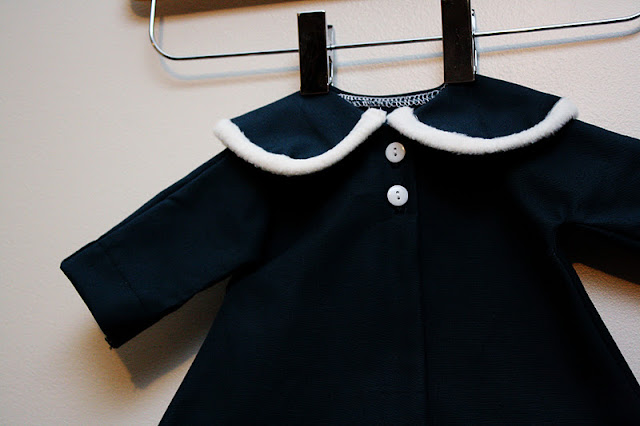 I made a coat! Albeit a little coat but I finally did it. I’ve got a little friend (I’ve mentioned her before here and here) who is really into the whole American girl doll thing. Well when I was trying to figure out what she might like for Christmas I remembered the year that my mom paid a gal to make us a bunch of really cool Barbie clothes and we thought they were SO cool. Since I’m a pattern horder (not so much a user but horder none-the-less) I had a few 18 inch doll patterns on hand. 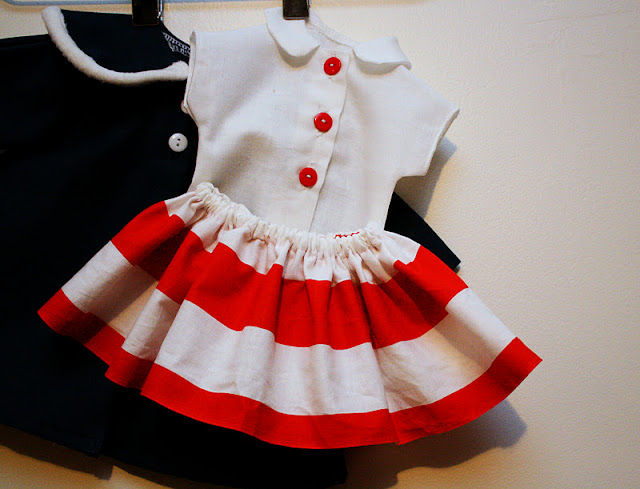 After a quick look at my scrap fabric I decided on a coat, and a little top and skirt outfit. I knew the skirt would be a breeze but I’ve only done collars once, under the supervision of my sewing teacher and that was like 4 years ago. I kinda followed the pattern. I use patterns more for inspiration and a starting point for sizing than anything else. I find that patterns are usually are miserable for sizing people but the items fit the doll great! 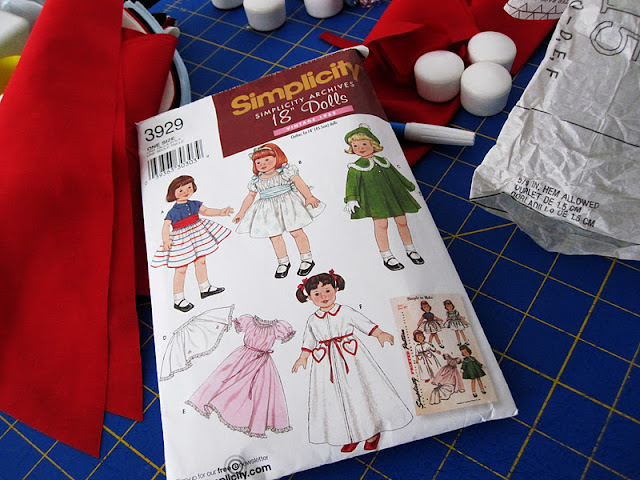 It took me a while since it was all new but it was pretty easy. There was one part of the coat and shirt that had to do with the collar that I totally didn’t get. Like I started at it for an hour tried some stuff for another half hour and then just gave up and did it how I thought might work and it was fine. I haven’t ever done doll clothes nor this style of a jacket and top so it was a little slower than most stuff for me (it took me probably around 4-6 hours). To me that’s a long project since I’m a pretty fast and competent seamstress. I can make a dress for myself in less time than that. But of course there’s a learning code of doing something new. 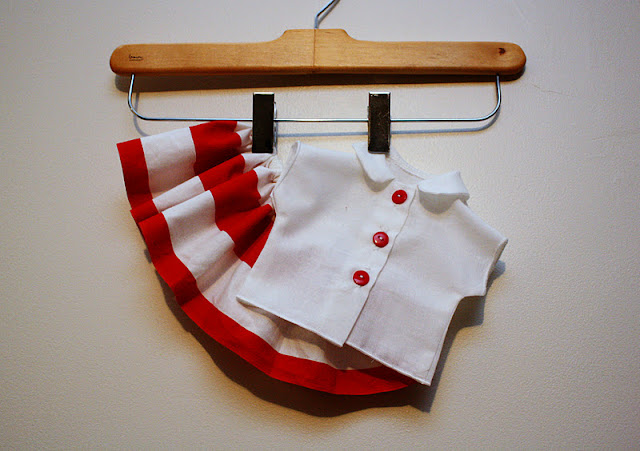 It’s not perfect but I’m happy with it and so was the little recipient. She’s in the middle of editing The Wizard of Oz script and has plans of making a movie with her dolls based on her edits. Creative cookie right? I hope to make her more outfits, maybe some for her movies, it was fun and she really like them. 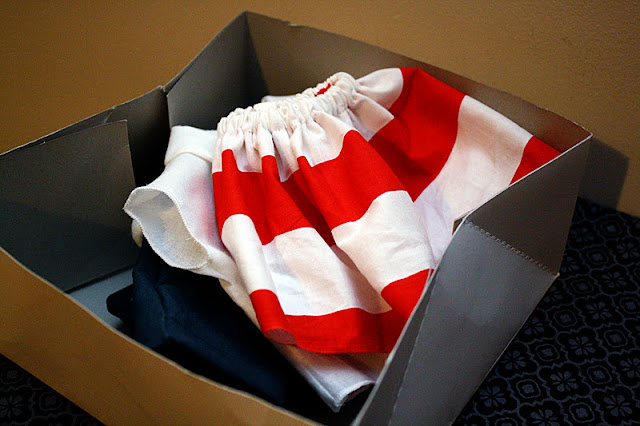 p.s. sorry about the crummy pics I took them very long after dark right before we left to deliver the gift.