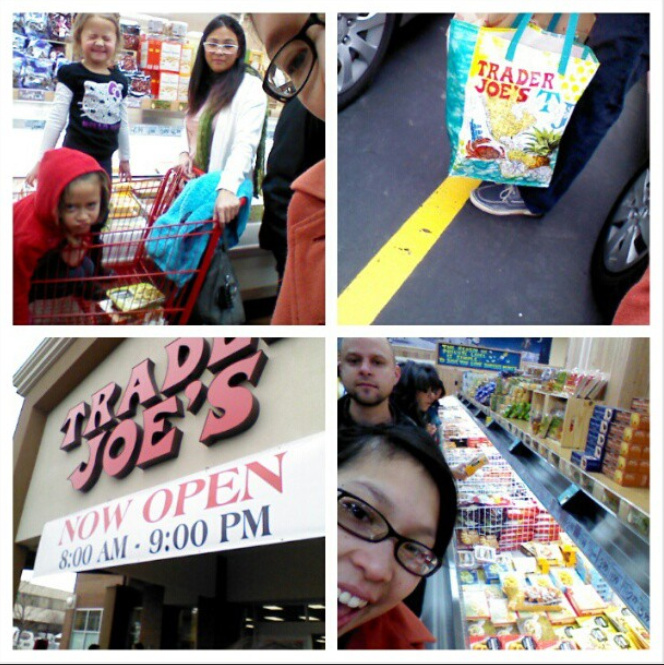 When I was little growing up in California I remember going to Trader Joes. When we moved to Thailand I remember making our list of what we needed to stock up on when we’d visit the states. After college when I moved away from Trader Joes once again I would put in orders to anyone coming to visit or traveling to a Trader Joes area to bring back to Utah.
Corporate said without being able to sell wine they wouldn’t make enough money to make it worth it for them to open up in Utah. I wrote them letters telling them I think they were grossly mistaken, after all I was not the only one carting back goodies for friends and placing orders (and it was never wine). What I missed the most was the frozen food which obviously I couldn’t transport! 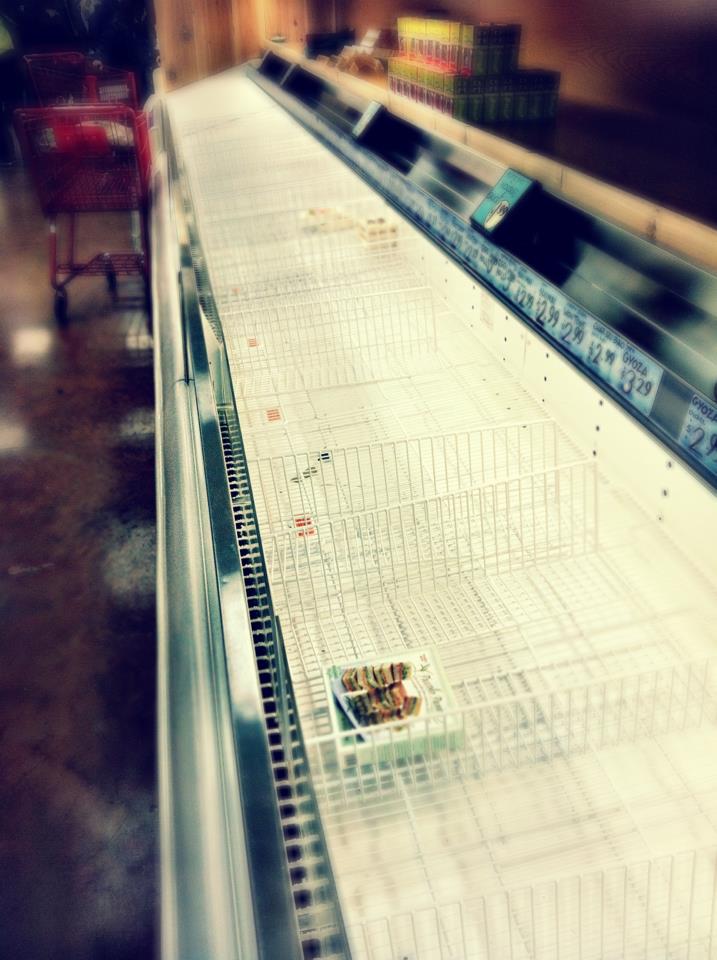 (photo my sister took last night they restocked and had it ready to go today)
And they opened this weekend and after talking with the crew manager of the store he said that this opening BOTH the day of and the weekend numbers absolutely OBLITERATED any opening they have ever had company wide. I could have told them that! Personally I want to call Trader Joes’s powers that be a bunch of dumb dumbs for not getting a clue earlier but instead I’ll say thank you for finally for giving Utah a try. And I hope we’ve demonstrated that we deserve more than just the one store, so start building because having NOTHING on the shelves last night and having people parking around the block the store’s lot was beyond full because you’re so freaking busy is a pretty good indicator that the store was a good decision and it’d be worth while to open another.
Any ways that’s my way of staying, wooohooo we finally got a Trader Joes! It’s only been open for a few days and my sister has gone 3 times, my mom twice, and I went once today but I’m wanting to go back. And for you locals here’s the store info:
Trader Joe’s Salt Lake City