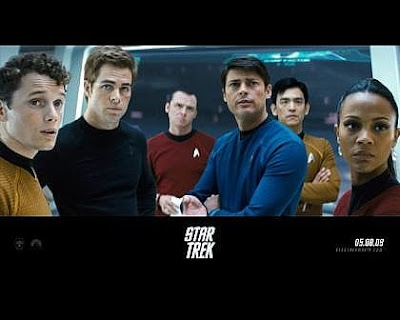 Although I did have a Next Generation style communication badge as a kid I don’t consider myself a trekkie. None-the-less we went to the new Star Trek movie this weekend. And I absolutely loved it. We got in line in the lobby with some theater worker shouting “8:30 Star Track line up here” over and over. 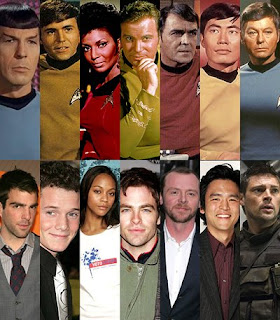 And it was just so irritating since the film is called Star Trek and not only is that well know but it said it all over the theater duh. Anyways I have very faint memories of the original crew but enough to recognize how the new actors tried to key into the original cast’s little quirks. Besides the nostalgia of the film the story was really fun. The effects were good but not like those crazy over the top that’s all it’s about types of things. I just really enjoyed it. It’s what remakes/prequels/sequels should be -it recognizes there is a history but adds it’s own specialness. The only part that bugged me was that they felt the need to change the phrase at the end to “to boldly go where no one has gone before” or something like that instead of “no man”. That pc crap really bugs me, as if we’re to stupid to realize that man meant ‘mankind’ and like it’s that important to change it, errr. But besides that it was loads of fun. 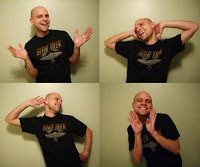 Also check out my hubby’s new Star Trek song it’s pretty fun. It’s the one called “Captain’s Log” . It’s really good and I think he’s still offering it as a free download if you ask see the details here.