I miss reading. I still do it every night but by the time I crawl into bed I’m exhausted and barely get through a few pages. Blah!!! It’s okay my Halloween rush will come to an end (speaking of, THIS IS THE LAST WEEK TO ORDER HALLOWEEN COSTUMES FROM ME). But really even though I haven’t had the pleasure of turning too many physical pages I’ve been devouring the audiobooks. Here are some books that I’ve read that are noteworthy. Please note I wouldn’t recommend all of them but I think they are all worth mentioning. I must warn you this is a much more critical/negative list than I’m used to giving. You should know that if I hate a book I don’t push through it I give up so there was at least something even in the meh ones that kept me reading until the end. And there are a few gems so… 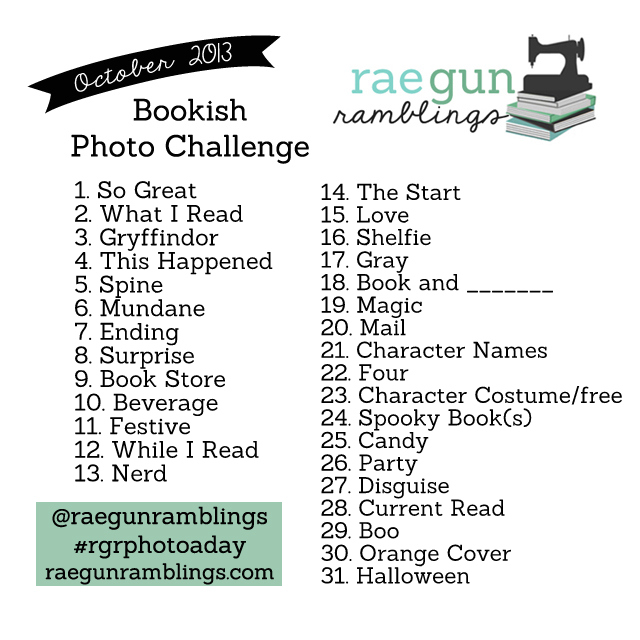 Also it’s a new month which means a new round of Rae Gun Rambling’s Photo A Day Challenge. Join in by posting pictures you deem appropriate for the prompt. Follow me at @raegunramblings on Instagram and Twitter, tag your posts with #rgrphotoaday . You don’t have to do every single day, just do it when you can and have fun checking out what other people are posting! And no you don’t have to only post about books part of the fun is getting to know people in many ways and seeing the different ways we all interpret the prompts.