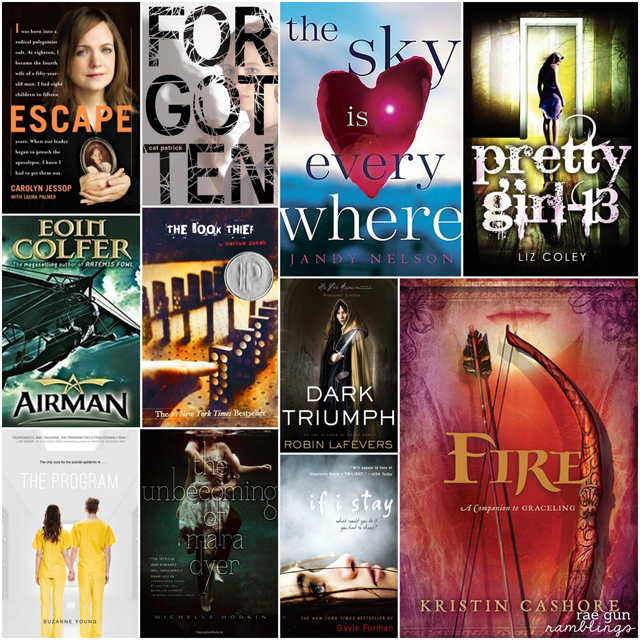 This week’s Top Ten with The Broke and The Bookish is Books Dealing With Tough Subjects. Here are a bunch of my favorite reads that had tough subjects. What I like about each of these is that they all deal with their tough topic in a realistic way that never plays down the severity of the situation but at the same time in the end all these books are stories of hope, perseverance, and survival.

Books for Boys that this Girl Loved