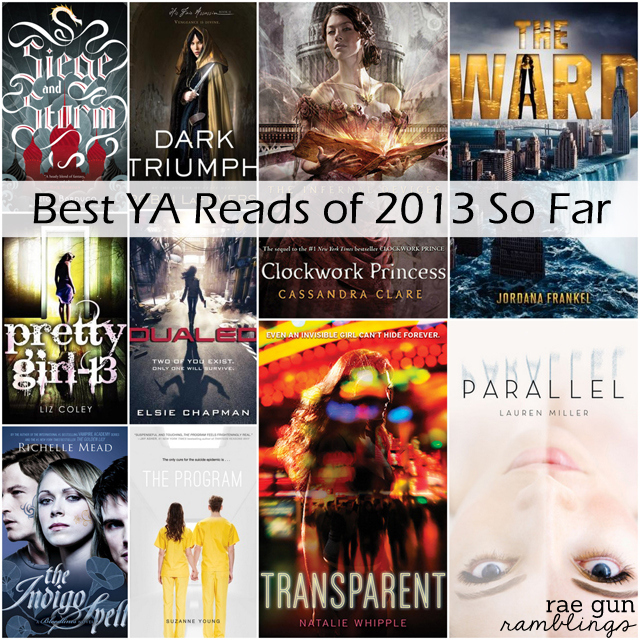 I can’t believe that the year is half over. It’s just crazy. Today I’m going to share what I think are the Best YA reads of 2013 so far. I’d love to hear what your favorites are too. These are all books I’ve read in 2013 that have also been released this year. All of these books are special. I’ve read a lot of good books that were entertaining but all of these have something extra special with them. If you haven’t read them yet I can’t recommend them enough.  I’m also including a few bonus reads that weren’t released this year but I read and loved them this year! Linking up with the Broke and Bookish.