Home » book geekery » Books for Boys that this Girl Loved 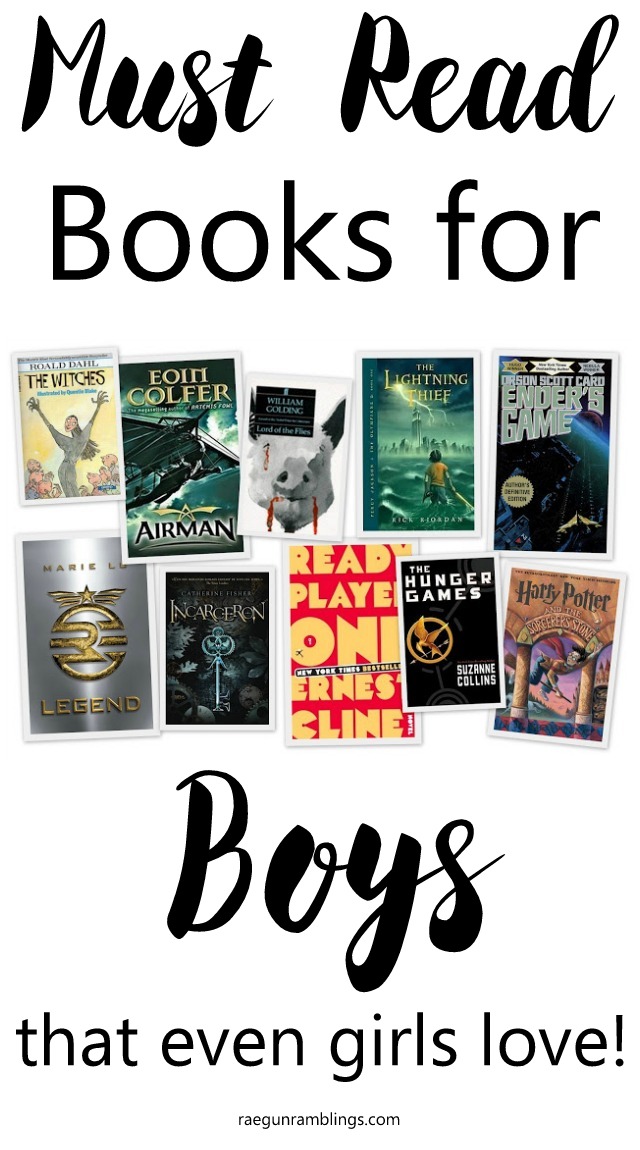 Even though I totally love my girly books I also appreciate a good boy friendly read. Today’s Top Ten with Broke and the Bookish is a free for all see all the posts here. Since I have so many friends who are moms of little boys I wanted to make a list that would be good for boys and girls alike. I don’t have a ton so if you know of some good reads for the men-folk I’d love you to share your suggestions in the comments. As always if you want to be book buddies on Goodreads, hit me up and you can see my full reviews for each there.

Airman by Eoin Colfer – This is one of my favorite books that I read last year. It’s a story of survival and character. This is by the guy who wrote all the Artemis Fowl books which I also highly recommend for the boys, they are good fun but I like this stand alone book even better.

The Percy Jackson and the Olympians Series by Rick Riordan – I love theses books. A dyslexic boy that learns he’s a demigod? Great strong characters and lots of adventures. I love the following series The Heroes of Olympus and Riordan’s Kane Chronicles which is a similar tale with Egyptian mythology instead of the great is also fun but in my opinion not nearly as strong as the Percy Jackson and Heroes books.

Ready Player One by Ernest Cline – I’d save this for the high school or even grown kids. It’s like a Willy Wonka meets 80’s fandom meets video games. I’m not sure if the 80’s stuff would be annoying for a young crowd but this is perfect my older boys like say my hubby and his friends. Once you get into the story though I think even if you don’t get all the fun 80’s references the adventure and game is really fun.

The Hunger Games Trilogy by Suzanne Collins – Even though it’s a girl’s point of view I’ve seen many a man person really enjoy these books.

Ender’s Game and then the Shadow books by Orson Scott Card – yeah I know these are on almost every one of my lists. But I love these books. I’ve read them so many times and they are awesome for boys.

The Harry Potter Series by J.K. Rowling – These are in the same boat as the Ender’s Shadow books for me. Pretty much perfection. So much fun, so many great ideas, characters and life lessons.

Lord of the Flies by William Golding – A classic story of boys left to fend for themselves after a plane crashes on an island and all that ensues. If you or your boy haven’t already had to read this for school I highly recommend it.

The Incarceron Books by Catherine Fisher – Like the Hunger Games the main character is a girl but this is still really fun for the boys too. It’s an interesting and different kind of story. Great for thoughtful readers that like philosophical puzzles and concepts.

The Witches by Roahl Dahl – Another good one for the younger readers. A fun tale with a spin on your traditional witch.

What other books would you add? I’ve heard that these are good for the boys by I haven’t read them myself but let me know if you have and what you think.

The Maze Runner, The Giver, The Knife of Never Letting Go, The Lord of the Rings, Dune, Eragon, Holes. 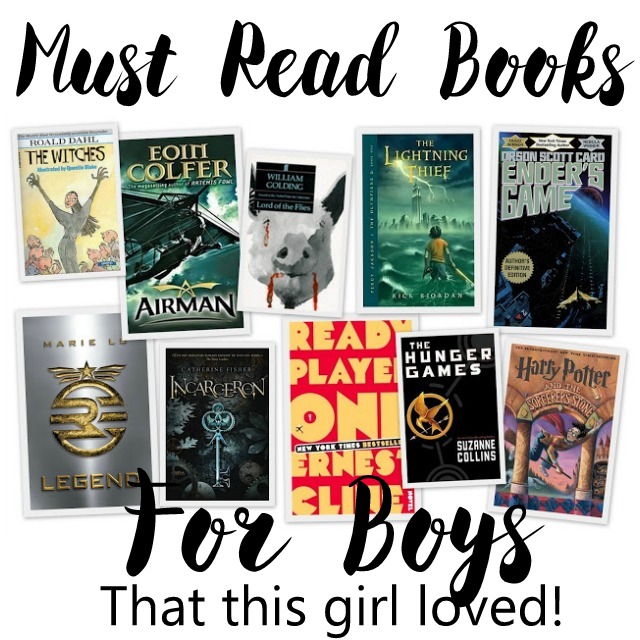 « Customer Appreciation Pic: Boys Will Be Boys
Link Party What We Wore, Read, and Made #25 »