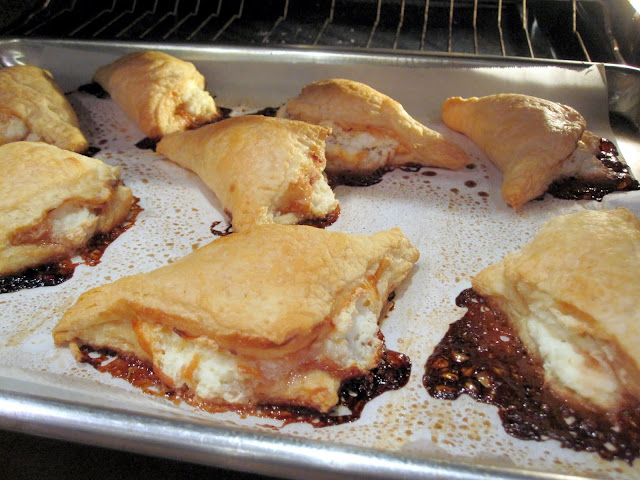 I’m using the term empanda loosely since I’m being a cheater and using frozen puff pastry but they are so stinking good and easy hopefully you won’t mind. We had something of this feel at a Purivian restaurant that closed down and ever since then I’ve been wanting to try to make my own. These aren’t sweetened like a breakfast cream cheese pastry but they aren’t crazy salty either. I think of them as plain yummy. We had them with tomato soup for dinner earlier this week but I think they’d be really tasty as an afternoon snack. You can easily double the recipe for more. 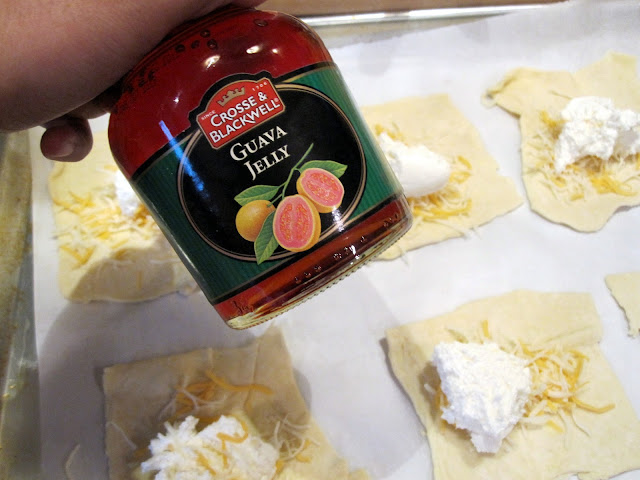 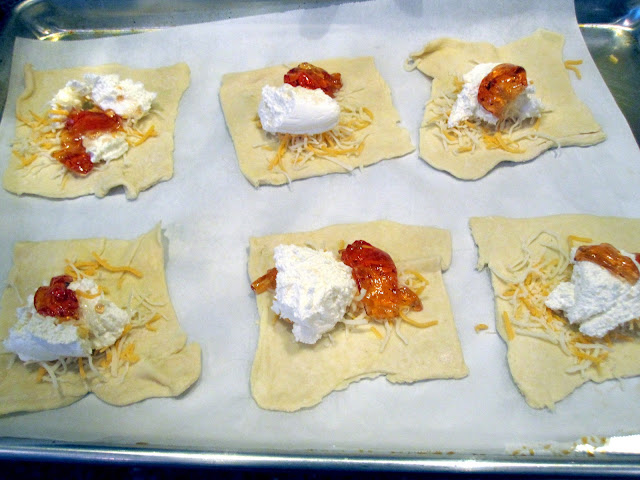 Hope you like it. We gobbled ours up fast so I’m glad I only used one sheet since 9 for the two of us was plenty.