So there’s this book, Dualed by Elsie Chapman. When I first read the description (before it came out) I knew I needed to read it. The idea that everyone has an Alternate that looks just like you and only one of you can survive, was so interesting to me. So, when I got an advanced digital copy I was so so excited. 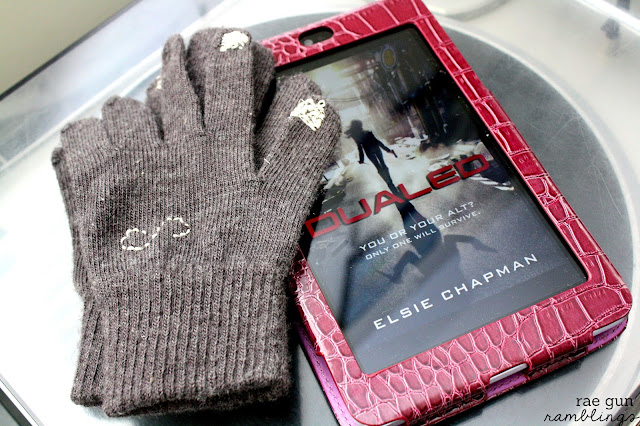 Now I do 99% of my reading with paper books but hey if I get a chance to read it early I’ll totally read it on my Nexus 7 (which by the way I’m in love with). The only thing is that it’s been ridiculously cold here in Utah and some times you wanna wear gloves. Now believe it or not but this book has gloves in it. So I ended up making Dualed inspired touch screen gloves. Before I get to the tutorial though let me tell you a little about his book. 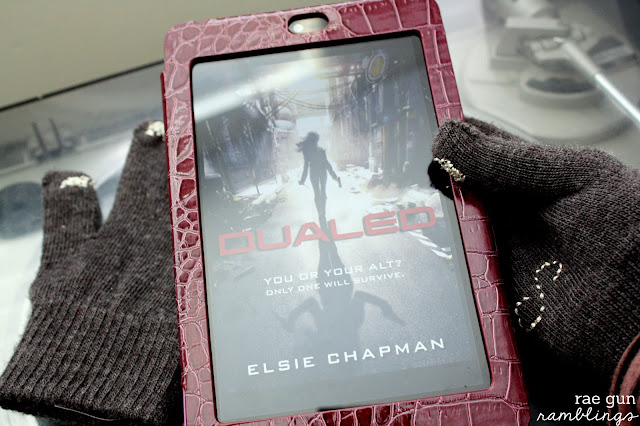 I’ve mentioned it before but Dualed was one of my most anticipated books of the year and by far my most anticipated one by a debut author. All that is to say that I had really high expectations which in my experience usually leads me to being let down. But luckily this one did not disappoint.

West Grayer lives in the enclosed city of Kersh where everyone has a genetic Alternate. Your Alt is basically a twin who is raised by a different family. The only problem is that only one of you can survive. Sometime before you you turn twenty your time comes up and you have 30 days to kill or be killed by your Alt. If neither of you succeed there’s a sort of self destruct device that goes off and both of you die. The idea is that only the best Alts will survive which will make the citizens of Kersh strong enough to stand up to potential dangers from the outside. This is a world where all the adults are murderers and the kids grow up playing games of kill your Alt and training for that day.

West is has been training her whole life and knows she’s good but she’s not rich and like with anything else Alts with money can afford superior training and some even hire Strikers or assassins to do their deed for them. After seeing too many friends and family go down she is shaken and starts to doubt if she really is the best Alt to survive. Even though she can’t afford private lessons she will do everything it takes to become the best she can be.

I have been raving about this book to friends since I finished it there is so much I love about it. West is a fighter but also deeply reflective. There were times I just wanted to shake her, not because she’s stupid or that I couldn’t understand her decisions, but because I could relate TOO WELL to her anxieties and insecurities. But unlike with some other books I didn’t have time to be frustrated the story was so fast paced I was immediately sucked in and I just could not stop. There is light romance of the non-codependent sort, enough to keep my lovey dovey bug satisfied but not enough to scare off those cootie friends of mine. 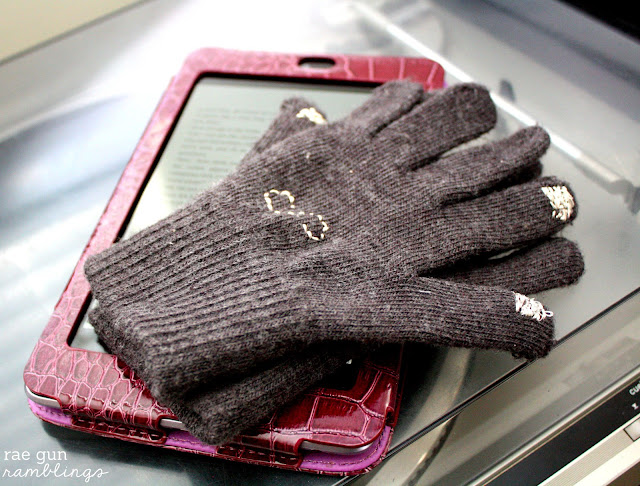 This is a world I loved being thrown into. To see the way this city (yes a city not more freaking dessert wandering that seems so popular) is set up, the background behind the Alts, the questions of if they are really ending up with the best Alts with this system, how the Alts are made, how money is exchanged, food laws, all of it it just struck a cord with me. It’s a complete story in itself (no frustrating cliffhanger) but totally open to sequels which I can’t wait for. I definitely recommend checking this puppy out. I had a similar reaction when I read Divergent which you all know I’m obsessed with if you enjoyed that I definitely think you’ll like Dualed.

Now if you want to make your own touch screen gloves it is so so easy. And if you’re a nerd like me you can even add your own Striker assassin tattoo to yours ;)

All you need to do is buy some conductive thread and then sew on your fingertips. I found it worked best to thread with 8 stings thick. When you normally stick one end of a thread through the eye that’s 2 thick so I folded my metallic thread for times threaded for ends through the eye and tied a knot making it 8 thick.

Then I just stitched on the points that I use to navigate my device (for me that’s just my index finger tips and my thumb tip). You want the thread to be on the inside and outside of the glove so it can take the electricity from your body through the thread to the screen. I did this by making a bunch of loopy stitches.

And it only took me all of 15 minutes. To make it Dualed -ish I decided to stitch in the “Striker Tattoo” . I tested them out reading a book and even playing Fruit Ninja and they work great. I think I’ll do this to all of my gloves! 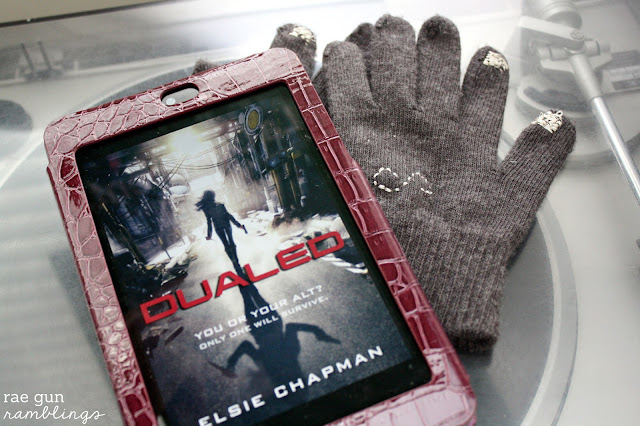 Top Ten Authors of All Time, that’s right ALL TIME!!!