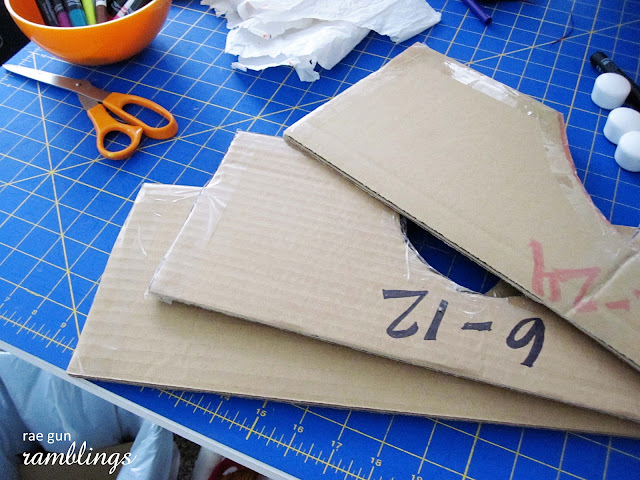 I don’t know about you but I have some tried and true patterns that I use all the time. And that flimsy tissue paper just doesn’t hold up. I used to transfer them to tissue wrapping paper instead of cutting them out or to make duplicates but even that gets old and feels the wear so I decided to make some heavy duty versions that I can use over and over. 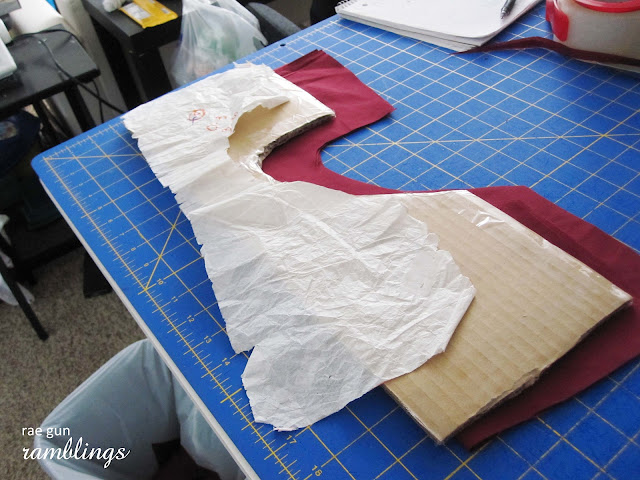 So far I’ve only done the ones I use for my bottoms in my shop and my costumes (those are the ones I use the most) but I hope to do all my patterns including my princess dress patterns that I make for the nieces. I used thick cardboard but the next time I think I would use think poster paper since the rotary cutter kind of has a hard time around the curves on the cardboard since it’s so raised. 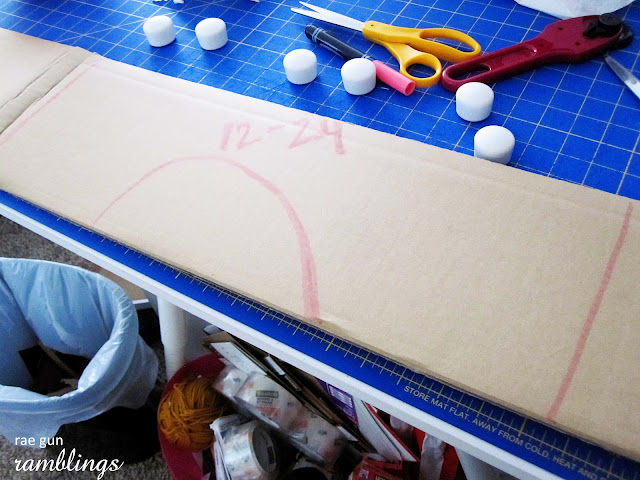 All I did was lay my tissue copies on some card board (or poster paper), trace and cut out. To reinforce it I put packaging tape all around the edges. That also made it so my rotary cutter doesn’t catch on the paper as much. Don’t forget any markings you might need, the name of the patter, etc. 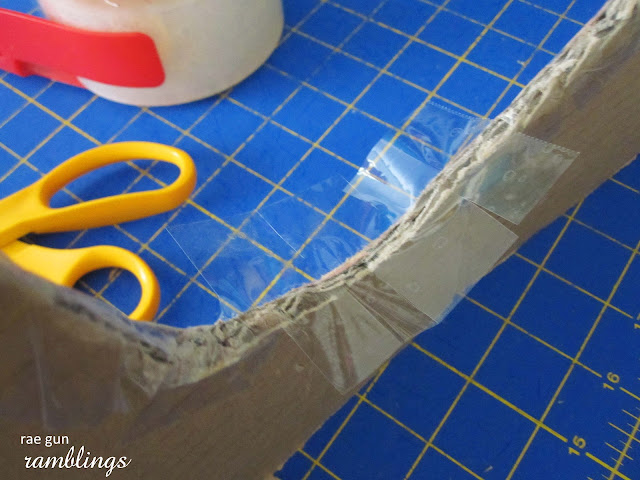 I’m getting a lot of use out of them. I think what would be idea would be something hard like that they make those quilting rulers out of that isn’t as thick as full on cardboard but would hold up to abuse. For now I’m loving these since I kept on tearing the tissue ones since they had gotten so thin.

UPDATE: I just did some more today with some priority envelopes I had hanging around so a little thicker than cardstock and I love them. I think that works the best then the rotary cutter flows great and it’s more durable!

How to Make Unique Paper Dolls