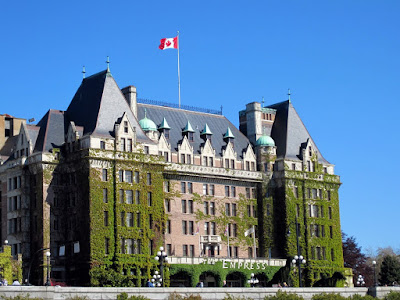 This is part III of a 3 part review of our Princess Cruise. If you haven’t read the first part (over all feel and food) you can find that post here and here. I’m writing these reviews since I didn’t see anything indicating the age of the reviewers when I was researching the cruises and I think others in our age range 30’s may find this useful.

Sorry this is a long post for all my normal readers, don’t fear this is the last one I’ll have a giveaway up tomorrow.

If you do don’t have time to read all of these post my quick summary is that this cruise was a waste of our money, time and the energy we both spent trying to get a work done so we wouldn’t come home to chaos. The reasons in short, the food was poor, the entertainment was cheesey or stupid although we enjoyed a few of the options, and most of the people on the boat no kidding were over 70 years old and it was catered to them.

We liked the ports a lot it was fun. We didn’t pay for any excursions or pay for any big event at any of the stops. The scheduled stops were Catalina, San Fransisco, Victoria, and Vancouver. The boat did not stop in Catalina because of the whether, but I’m not aware that we were refunded any port fees. But we’ve been there before and liked it.

San Fran we just wandered around the city with a friend who met us. We’d both been to San Fran before and liked it but thought spending time with our friend and looking for records (the music maker’s favorite past time) was a good way to fill our time after a quick jaunt through the pier and visit to the sea lions, I love those guys.

Victoria was as beautiful as everyone said. By this point we didn’t feel like spending any more money as we were feeling riped off. The Bushart gardens were highly recommended but I wasn’t sure that Daniel would like them and it was over 40$ a person to get in. So we just walked all over which was super easy and fun to do. We went into of course all two of their record shops and had a snack of poutine a Canadian treat, fries with gravy and cheese curds it was fantastic. It’s just a fun city to wander in. We almost paid for the hop on hop off bus (30$) but seriously I’m glad we didn’t because it was so easy to get around. Many on another trip I’d do that since they explain a lot (I hear) but for the first time we were happy just to wander.

It dropped us off in Vancouver. I thought it was nice, a little dirtier than I expected but I think I’m just spoiled by how clean of a city Salt Lake is. We enjoyed it, but we spent it digging for records and I found a book at one of the thrift stores early in the day and read it while we went from store to store. I know this isn’t what most travelers would do but this is pretty much every one of our vacations haha. I love it and the music maker has the opportunity to find new and unusual goodies to put into his music. We ate at Sun Sui Wah which many of you suggested and enjoyed it. Super reasonably priced. Oh I forgot to mention that we rented a car. Because flying from Vancouver was so much compared to flying from Seattle and I wasn’t sure what to do with our luggage and figured we’d need a car for Vancouver any ways we rented a car one way to drop off in Seattle. But I did notice that there were people checking in luggage at the port in Vancouver. Oh an we got poutine at Costco, I asked a gal with an adorable shop, where to go and she said Costco had good poutine and she was right.

We drove down to Anacortes to stay the night with friends and see their new baby and they took us to a fantastic restaurant. Besides the absolutely wonderful company of old friends the food and atmosphere was lovely I think it was called Drift or something like that. Such a beautiful city.

Finally we did one more day of record digging in Seattle. In the few minutes that I drove that day I ended up going the wrong way down a one way street and when I got re situated I noted that there were no signs on the street or on the turn to the street that indicated it was one way so that bugged me but I’m notoriously bad at directions another reason I love SLC (it’s all on the grid system streets are numbered and make sense). We liked Seattle, I got my Trader Joes fix but we didn’t have time to eat anything there (we just ate at the airport on our way out).

Final Random Info
We paid about 400$ a person and found out that a lot of the people on the boat only paid 200$ a person so that was frustrating. I’m not sure how to avoid that but it seems like many of them bought their tickets later than us.

I thought the room was really nice, much much bigger than our room on our Royal Caribbean trip.

The staff did not seem happy to be working there. They all seemed kind of burnt out. I think I caught a couple eye rolls or looks that pretty much said the same thing.

We did the any time dinning and really liked it. Instead of choosing one seating time you could go in and sit with other people or sit with your own group. This was really nice. As a side note at some point we thought hey maybe we’ll gain some old people wisdom but most the folks we sat with were just eh one of the guys talked about how he’d blow lotto money on lap dances. I thought it was interesting meeting new people none-the-less.

Now I know other people who have enjoyed this cruise so maybe it’s just us but I figure there’s probably more people like us that would appreciate this info.

Dramamine will knock you out. If you feel a little sea sick Bonnine is a way better option.

I will not go on another Princess cruise (well maybe if I was paid or if it was free). At first I thought it may be just our destinations weren’t the most alluring to younger crowds but after talking to some of the 40 somethings on the boat it seems Princess has the reputation of being for old people and that even the Hawaiian cruises are totally geared towards old people. I’m super disappointed in our travel agent from Columbus Travel for directing us to this cruise especially since we specifically talked about the age appropriateness.

That’s all hopefully this didn’t come across as bitter, because I’m not I just thought the info may be helpful to others. We made the best of the the trip and I still got to relax my brain and have fun and eat some yummy food just not as much as I was expecting.