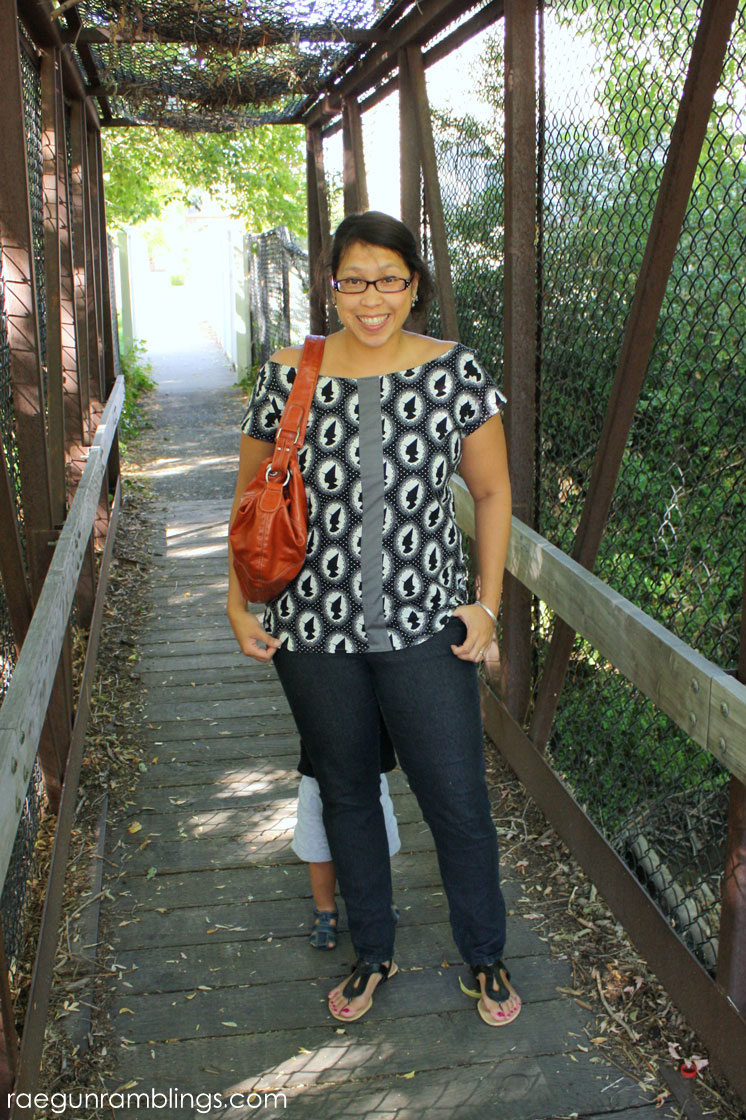 September means it’s time to think about Halloween Costumes and I’m excited to have gathered up a few fun family costume ideas. But before I get to that since it’s the last Thursday of the month which means Sew Our Stash day I have to share my Black and White creations. (and yes there is a tiny person lifting up the back of my shirt)

Like most months I waited until the last minute to work on my projects. Because like most months if I didn’t have this Sew Our Stash regular post looming over me I’d probably just not make anything for myself. But I do really like sewing for myself and more than that having stuff to wear that I’ve made for myself. 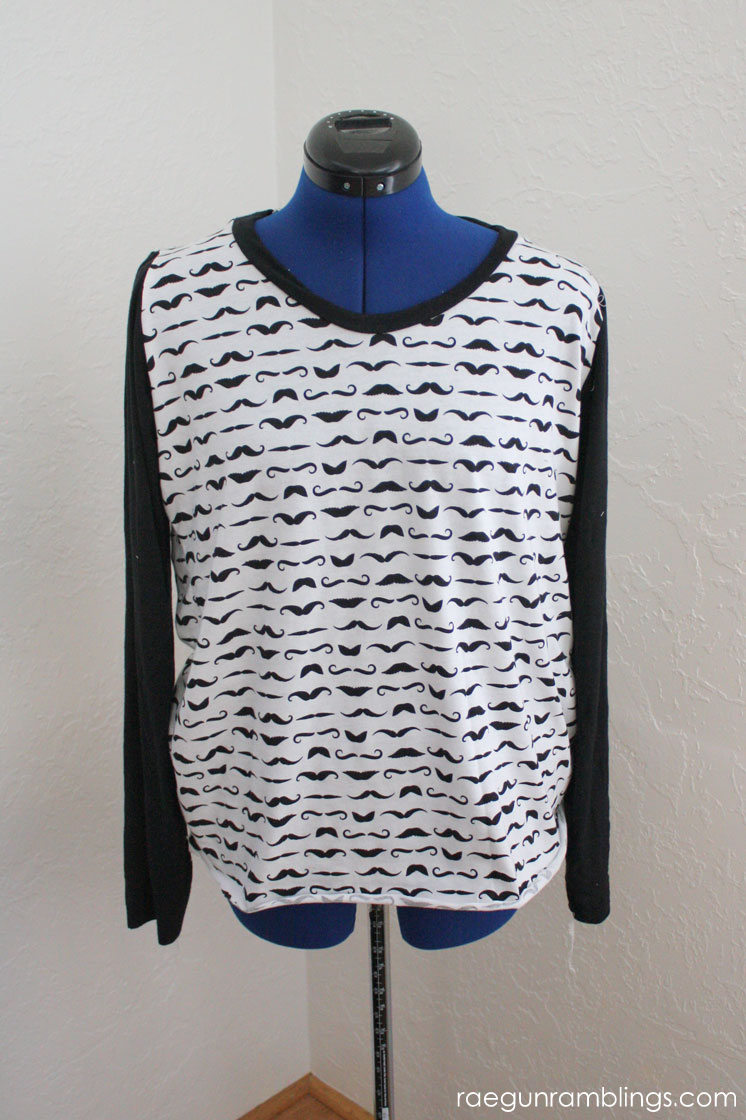 But this month I’ve got a few flops to show you. First is this mustache shirt which looks even frumpier on me than on the dress form. I tried to do what I thought were simple tweaks to the pattern that just didn’t work out. So I tried to fix those tweaks and now what would have been a basic easy top is all bunchy and weird. I’m thinking of hacking it further still to make it into a raglan. Or just using the fabric for something for Teddy. 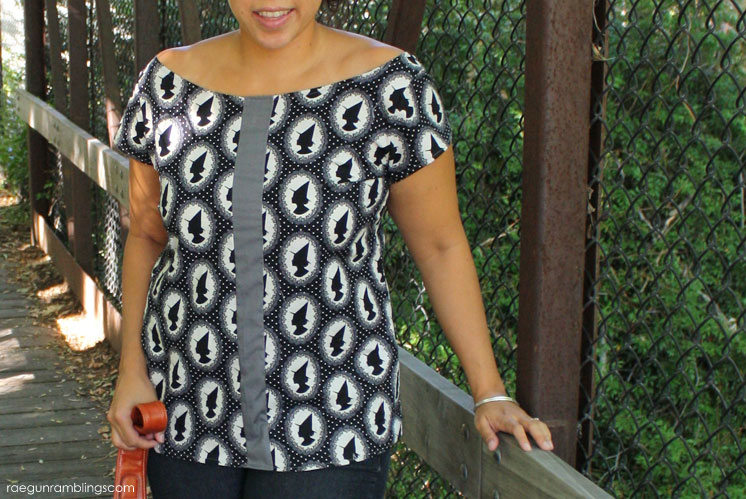 But then we have this shirt. Which in the pictures looks fine I guess but I never intended (nor would I intend) to make an off the shoulder top and this is really what I’m stuck with. But I like it, I think, but I don’t know. So here’s how this top came to be. You might have seen my frustrated work in progress picture on Instagram yesterday. 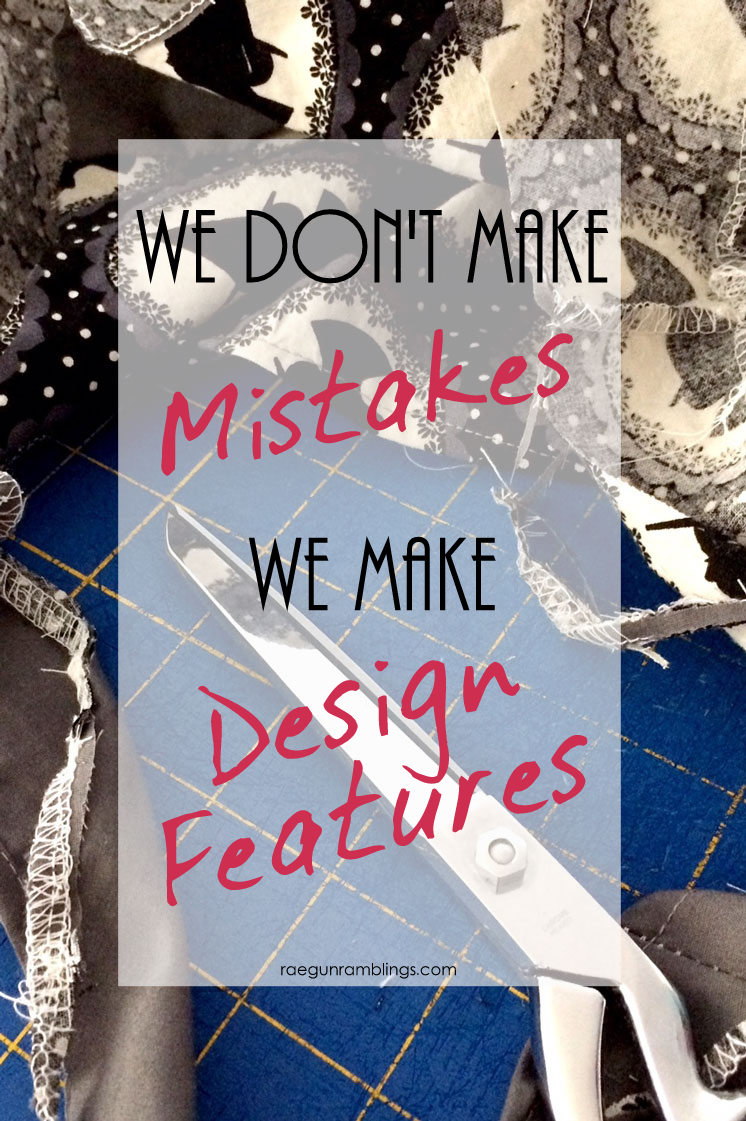 And that my friends is how I turned my totally screwed up top into something new. But as much as I adore the fabric and I think it looks fine, it’s a pain to wear. For one I hate strapless bras. But I’m constantly having to adjust it because well the it’s perpetually backwards. I’m going to try and wear it with a black bra under and see if the straps bug me a ton. But I don’t know maybe I’ll do further tweaking. Do you guys have any ideas. 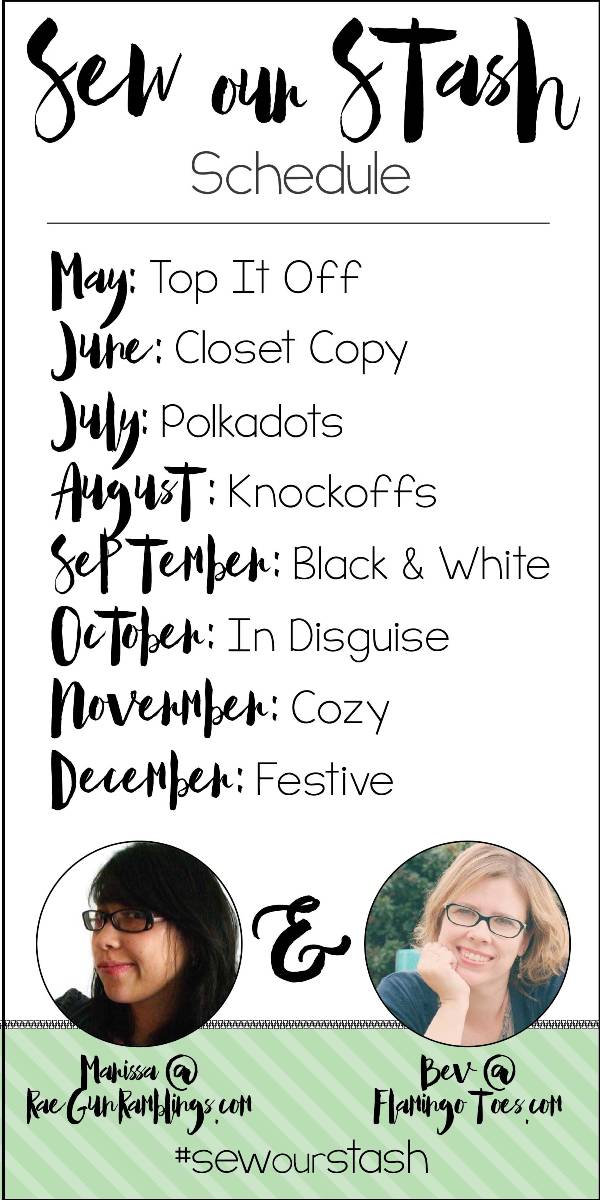 So that’s my ultra pathetic Sew Our Stash report for this month. Next month’s theme is “In Disguise” and of course it’s Halloween!!!! I hope you’ll join Bev and I in sewing something for yourself in October whether it’s a full costume or just something you’ve been wanting to make.