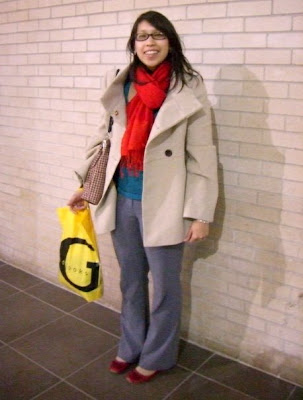 no real order just how things popped into my head

1. I passionately hate pickles, if they are placed on my plate and touch my burger in any way I rip off that part of the burger to avoid the pickle juice, ack just writing about it makes me want to gag
2. I had blue hair through most of college
3. I cook when I’m anxious or stressed, I made 2 loaves of bread and empanadas today
4. We go to the pie pizzeria almost every week after sewing class late at night
5. I competed in gymnastics and ice skating when I was little
6. I love Harry Potter and I think I’m going to go into a depression when the last movie is over, maybe Rowling will keep pumping extra things out for more money, Beetle the Bard was awesome
7. If I could have a super power it would be to teleport or aparate in Potter terms, yup night crawler has the coolest powers and second would be his mama mystique
8. our entire house is basically one big fabric and book storage land, daniel has a small corner of records
9. I think red shoes makes any outfit cuter
10. I have a strong almost irrational sense of justice. If I see someone steal another person’s parking spot I fume over it for hours.
11. When I experience a crappy/jerky driver I hope that they get four flat tires and that it’s really expensive for them to replace them.
12. After wearing the same belly button rings in my ear holes for the last 13 years (minus the wedding day I wore pearl belly button rings) I’ve recently gotten into normal grown up earrings.
13. While I was in college I set out to tastes all the chicken strips and ranch at every eatery.
14. When I was in college I went to an average of 2 concerts a week, I wish there were more shows worth going to here, I miss it.
15. I love tv, a lot.
16. I’m a compulsive multitasker, I have to have music or the tv on at all times, I try to grade, sew on buttons and knit in the car (as the passenger) and I’ve even read while listening to the radio on the elliptical (many times actually).
17. My favorite candies are Bordeaux bars from See’s but I’d take chips and dip over sweets any day
18. I don’t know how to dance to typical club music but I go crazy for throw back soul-ish music
19. Sometimes I tell daniel to “stand there” and I run towards him and jump like we are awesome dancers in So You Think You Can Dance
20. I’m not an American Idol fan but I have it on as background and I officially hate the new judge.I think she’s one of the most annoying human beings on earth and a freaking hypocrite. One second she’s yelling over and cutting off Simon and the next she’s claiming that he won’t let her get a word in edge wise when he’s trying to add something. I hate her the most and I don’t think she adds anything to the show besides more pathetic emotionalism and without Paula’s alcohol excuse.
21. I think the Red Box was a wonderful invention
22. A couple years ago I remember having to remind myself that it is a bit unusual to most people to see elephants walking on the road.
23. When I got Christmas cards this year I had to take last years cards down first in order to put the new ones up.
24. I used to think if I were on death row and had to request a last meal it would be cheesecake factory’s buffalo blasts but now I think it would be Red Iguana’s Suizas
25. I used to take tylenol for heartache, it worked kinda now it’s solely for headaches.