Home » book geekery » My Most Anticipated Books of 2013 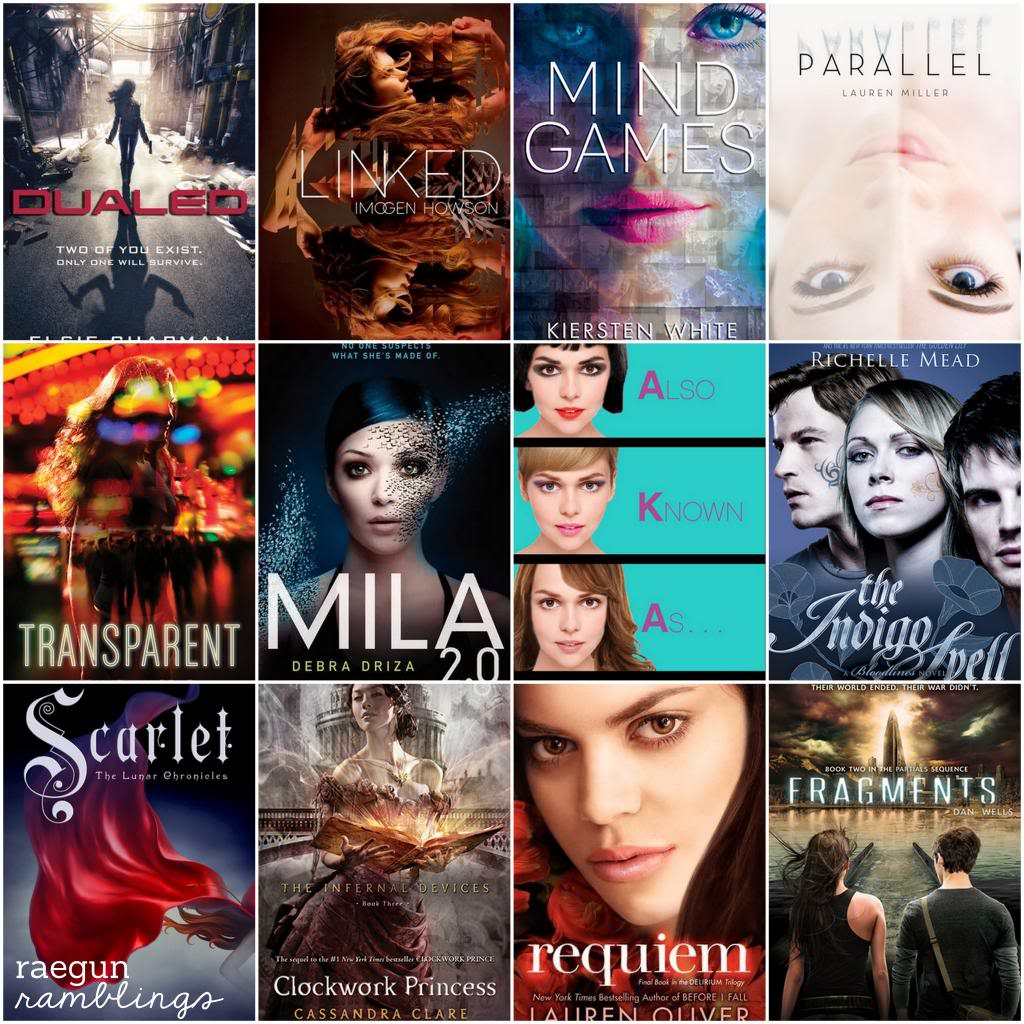 As much as I think it’s a bit crazy how fast this year has flown by, I’m super excited that 2013 brings a ton of books that have already caught my eye. Here are some of the titles I’m am so so excited to get my hands on. I’m linking up to The Broke and the Bookish’s Top Ten Tuesday as well as Breaking The Spine’s Waiting on Wednesday. As always if you’re on Goodreads I’d love to be friends, here’s my goodreads.

All the descriptions are from Goodreads. There are longer descriptions of each there so click over if any of them sound interesting to you

Dualed byElsie Chapman – You or your Alt? Only one will survive.

The city of Kersh is a safe haven, but the price of safety is high. Everyone has a genetic Alternate—a twin raised by another family—and citizens must prove their worth by eliminating their Alts before their twentieth birthday. Survival means advanced schooling, a good job, marriage—life.

Linked byImogen Howson – Elissa used to have it all: looks, popularity, and a bright future. But for the last three years, she’s been struggling with terrifying visions, phantom pains, and mysterious bruises that appear out of nowhere.

Finally, she’s promised a cure: minor surgery to burn out the overactive area of her brain. But on the eve of the procedure, she discovers the shocking truth behind her hallucinations: she’s been seeing the world through another girl’s eyes.

Mind Games byKiersten White – Fia was born with flawless instincts. Her first impulse, her gut feeling, is always exactly right. Her sister, Annie, is blind to the world around her—except when her mind is gripped by strange visions of the future.

Trapped in a school that uses girls with extraordinary powers as tools for corporate espionage, Annie and Fia are forced to choose over and over between using their abilities in twisted, unthinkable ways… or risking each other’s lives by refusing to obey.

Parallel byLauren Miller – Abby Barnes had a plan. Get into a great college, major in journalism, and land a dream job at a major newspaper. But on the eve of her 18th birthday, she is stuck on a Hollywood movie set, wishing she could rewind her life. The next morning, she’s in a dorm room at Yale, with no memory of how she got there. A cosmic collision of parallel universes has left Abby living a new reality every time parallel Abby makes a decision. Now Abby must race against time to take control of her fate without losing sight of who she is, the boy who might just be her soul mate, and the destiny that’s finally in reach.

Transparent by Natalie Whipple – X-Men meets The Godfather; in which an invisible girl has to stop her dad—an infamous crime lord—from ruining her life.

On the run from her mind-controlling father, the infamously invisible Fiona McClean hides in a small town, hoping to finally rid herself of the crime world she has always known. But playing at “normal life” with a mother she hates, a brother she can’t trust, and a boy she can’t stand proves more difficult than she ever imagined.

Mila 2.0 byDebra Driza – Mila was never meant to learn the truth about her identity. She was a girl living with her mother in a small Minnesota town. She was supposed to forget her past —that she was built in a secret computer science lab and programmed to do things real people would never do.

Now she has no choice but to run—from the dangerous operatives who want her terminated because she knows too much and from a mysterious group that wants to capture her alive and unlock her advanced technology. However, what Mila’s becoming is beyond anyone’s imagination, including her own, and it just might save her life.

Also Known As by Robin Benway – ALSO KNOWN AS is the story of Maggie, a gifted teenage safecracker, who works alongside her parents as a spy for the mysterious entity known as the Collective. When she’s assigned to infiltrate a private Manhattan high school, she’s forced to make friends, investigate the mysterious Jesse, and solve the case, all without blowing her cover.

There are way too many sequels I’m crazy excited for to list so here are a few that come out in the first part of the year. The link will take you to the series page just in case you haven’t read the earlier books.

« How to Successfully Buy Glasses Online
What We Wore, Read, and Made Link Party: DownEast Basics Edition »