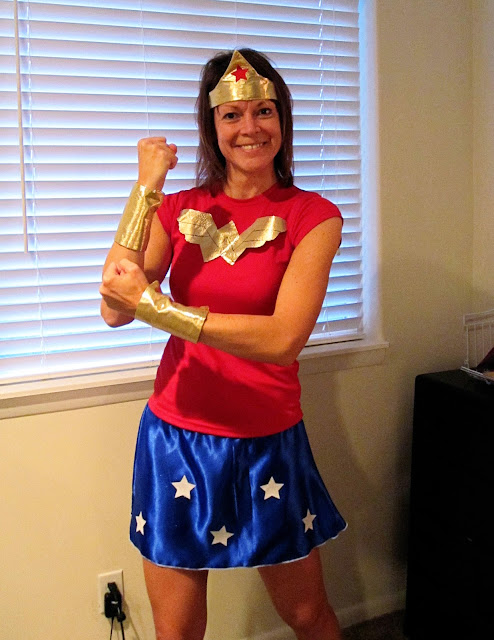 My exercise buddy Tricia was running in a race last year where they were encouraged to wear costumes so she asked me to help her out. It was so much fun and as I was going through my pictures I realized I’d never shared the pictures. 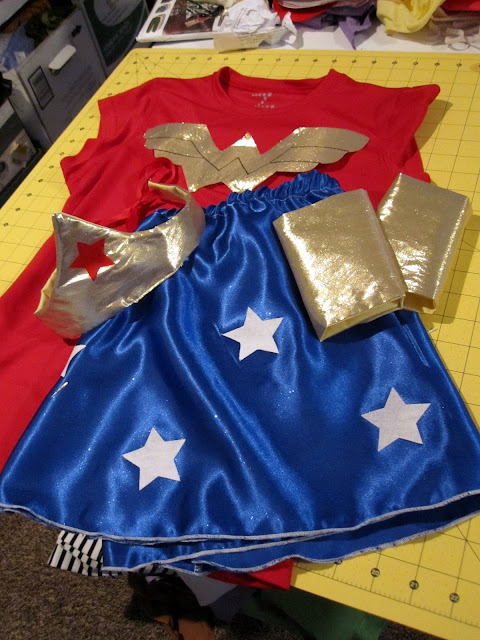 I ironed on some stabilizer and then cut out the Wonder Woman emblem. She didn’t want to make her running shirt unusable so we just tacked the emblem on in a few places. I  used the same gold and stabilizer to make basic arm cuffs and a crown and just cut some white stars on my cricut using my iron on technique and added it to a simple elastic waist skirt we made. It was actually a lot of fun. 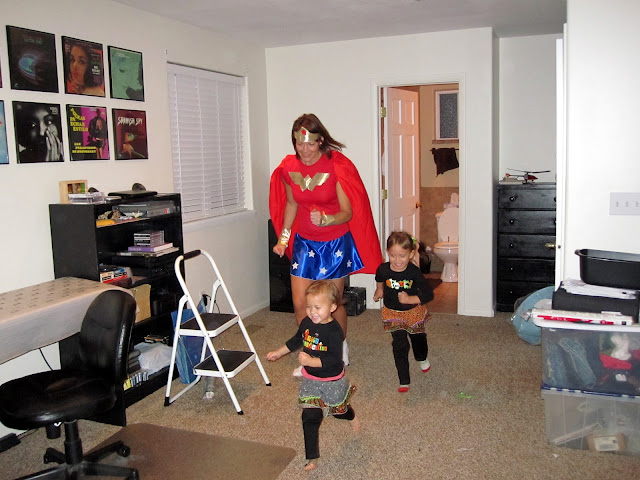 She looked so cute. It was insanely cold if I remember right. I think she wore some running tights and had a cape. She was such a sport when she came to pick everything up the girls were over trying on their bull costumes so they had some fun running.