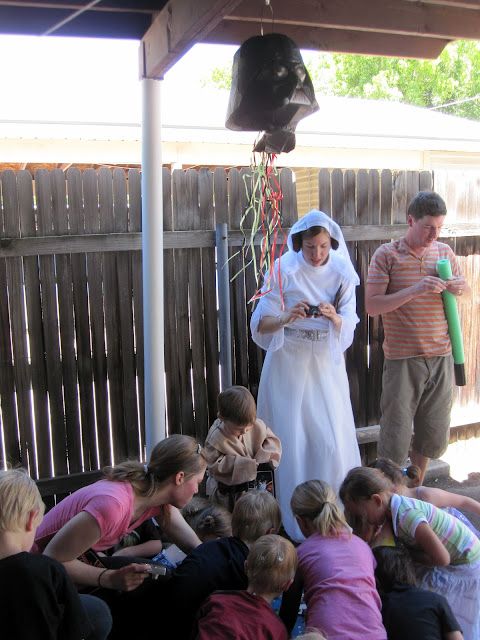 Our little friend Stryder is obsessed with Star Wars. And his mama the super crafty talented Jana of Stray Button went all out. She made the family costumes and had a bunch of kid activities. I was so impressed. The party was really fun and the games, unlike most party games, were accessible to the little guys. There were some great ideas that would be fun for any Star Wars birthday party. 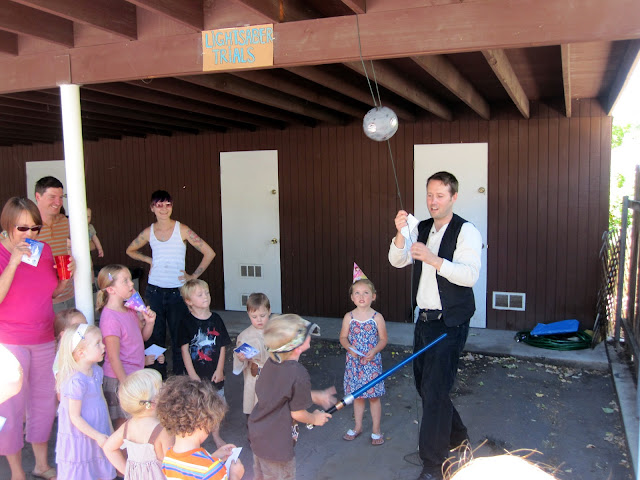 First she had Jedi training. Each of the kiddos got a card and when they “passed” the training they received a sticker on their card. The first training was just like when Luke was training in the first movie. She made this awesome paper mache thingy on a string. It was fabulous. 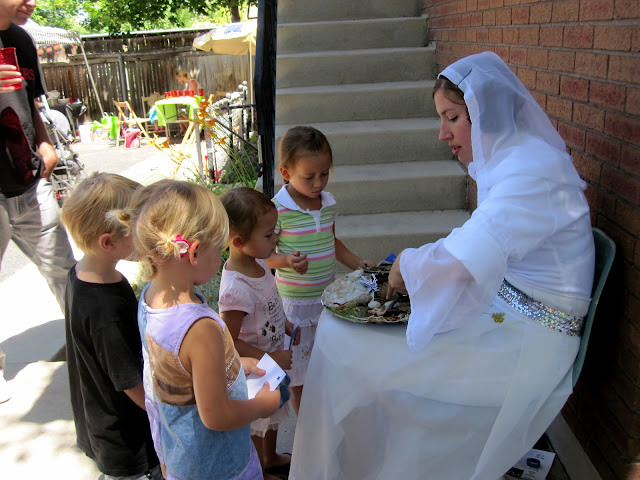 At the next station the kids were supposed to move the objects with the force. She had this big plate and magnets underneath so it looked like they were moving it with the force. Clever eh? 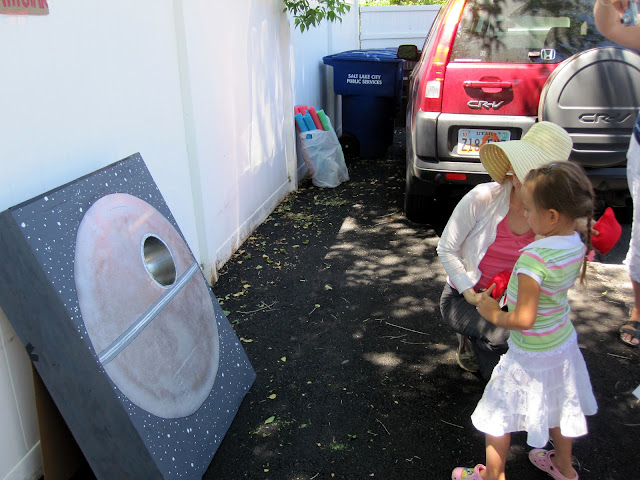 For the last station the kids threw a bean bag into the death star. And she’s so smart she put a bowl in the hole so you didn’t have to go find the bean bag or move things to get behind board. She even had cute little prompts for the adults manning the stations to read. 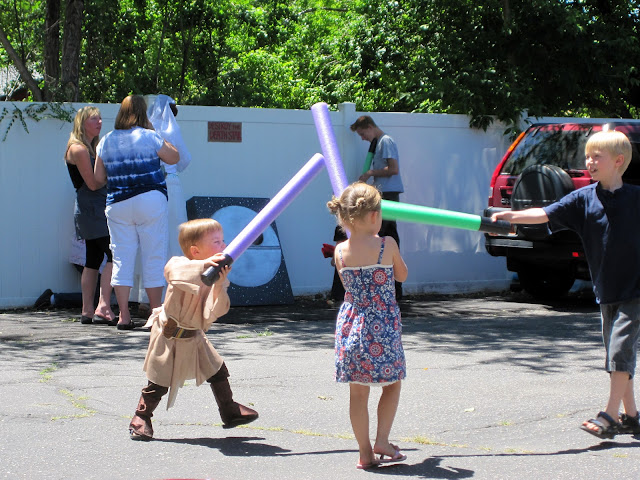 When they completed their training they were rewarded with lightsabers. Just fun noodles cut in half with black duck tape on the ends. I think these homemade lightsabers were ingenious. The kids had a blast beating eachother  play fighting with them. 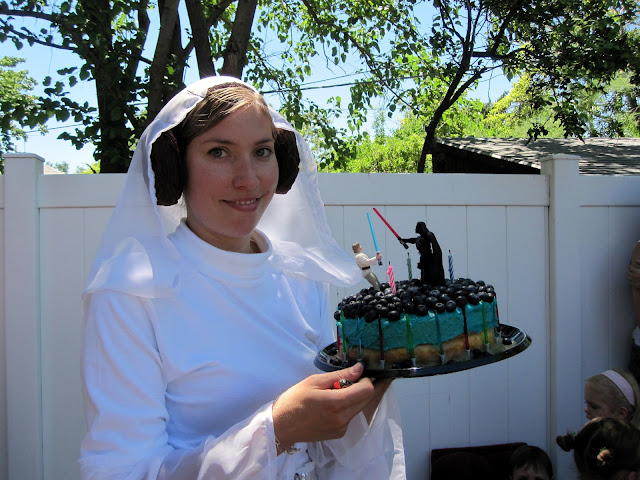 Her cake was adorable. A bunch of lightsabers, blueberries and characters. Isn’t she so cute?And I’ve never seen this kind of pinata before but it was awesome. Darth Vader of course but instead of trying to get 3 year olds to beat it open they took turns pulling on a string and one pulled the latch open. And what’s even better you can reuse it or have it in take just for fun later. 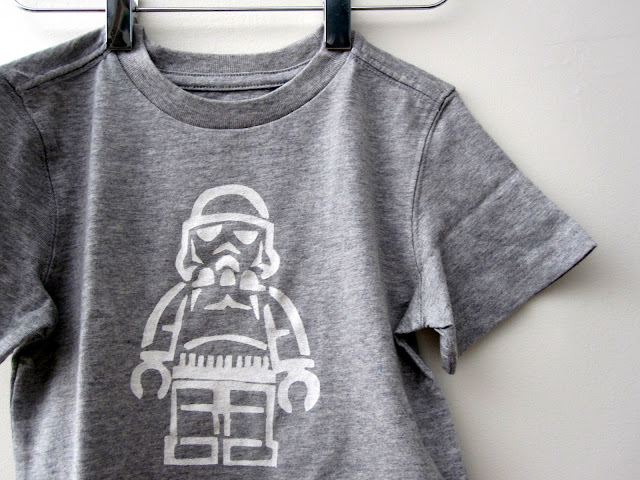 We split a gift with my sister, but I couldn’t resist and make him a Star Wars Lego Stormtrooper shirt as well. My tute on how to do freezer paper stenciling is here and here’s my new and improved tute. It was really fun, and the cutest part was that the dads (and the Uncles) seemed like they had their dreams come true in a Star Wars party.