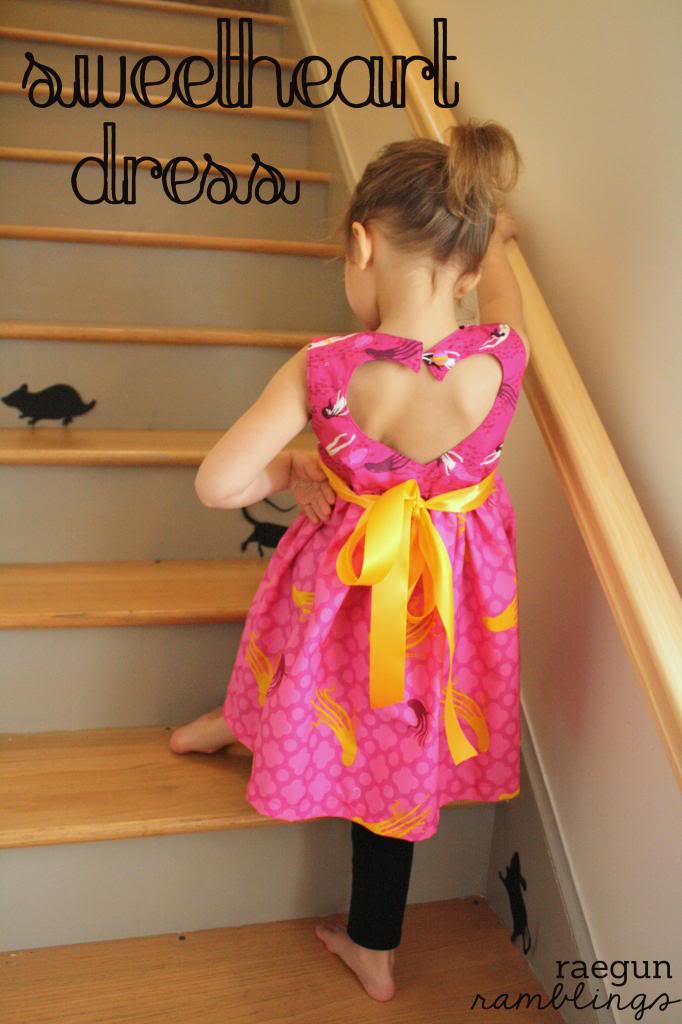 I cannot say enough great things about Shannon from Very Shannon’s Sweetheart Dress Pattern. It is amazing. I can honestly say I have never in my life used a pattern as good as this one. I was seriously impressed. 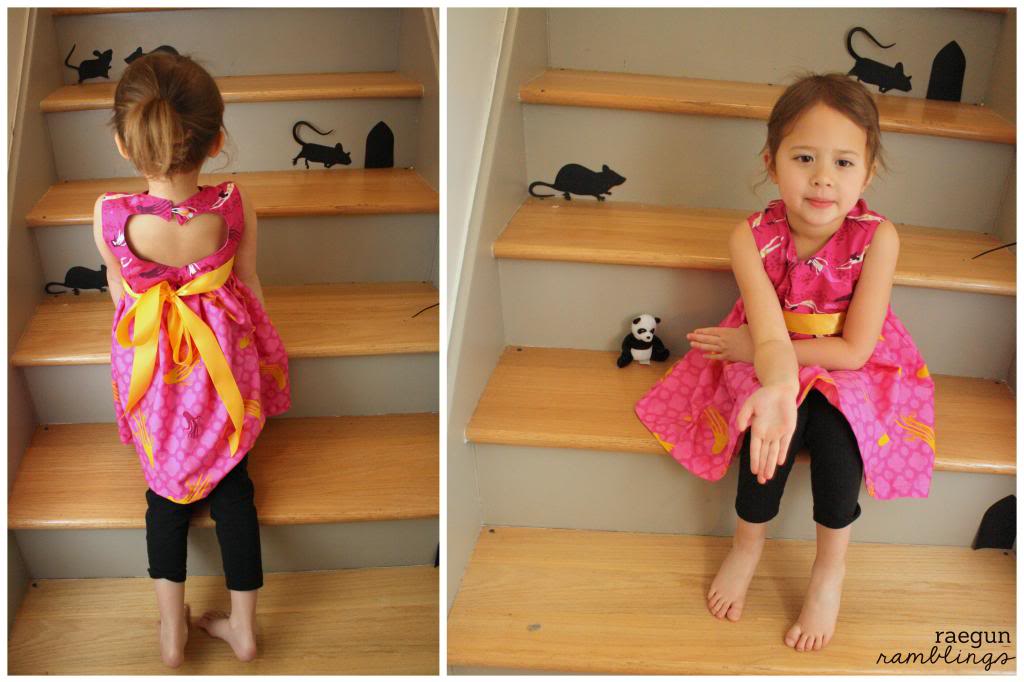 First off the sizing is right. Normally when I use a pattern I have to spend tons of time editing the pattern to actually fit or spend my time after to take the garment in. For the most part I use patterns more like inspiration than you know a pattern but this one I could actually use as written. 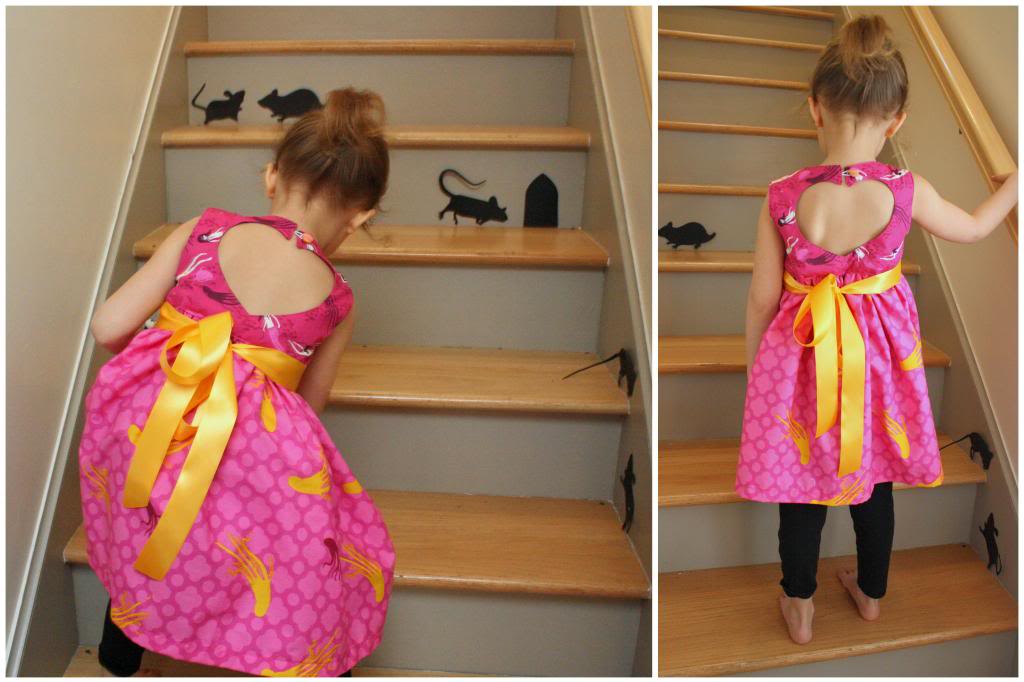 Second it was SO easy to follow. Most of the time with patterns it takes some staring to decipher or I  decide the way they want me to do it is dumb and do it my own way. The heart part was a tiny bit complicated but Shannon explains it so well that it took no time.

Finally I am totally in love with how the sweetheart dresses turned out. I made two of them one for each niece and it took me 3.5 hours from start to finish, including cutting fabric, reading and understanding directions and sewing. I’d say that’s pretty fabulous.

I did make one tiny change. Instead of doing a floss button loop I used elastic cording. If you want to do the same you’ll want to make sure to add a loop of cording after the step when you sew around the heart. First I unpicked a little space in the flap. I measured a piece of cording that would extend enough to loop over a button. Then I stuck it in the hole leaving cording extended over the edge and the loop facing inward. Then I sewed up and down and zig zagged. Basically over and over to make sure it holds. Then I continued on with the pattern.

If you have been considering buying this pattern I highly recommend it. And it’s definitely worth just buying it instead of trying to figure it out. It’s pretty different than how I thought it was before I read through and it’s WAY easier than I would have done if I tried to figure it out.

I’m bummed that T was sick the day I finished these and took pictures but she loves hers too. Here are some of my favorite outtakes with L because we all know how ‘easy’ it is to get a good picture of your creation on a 4 year old.