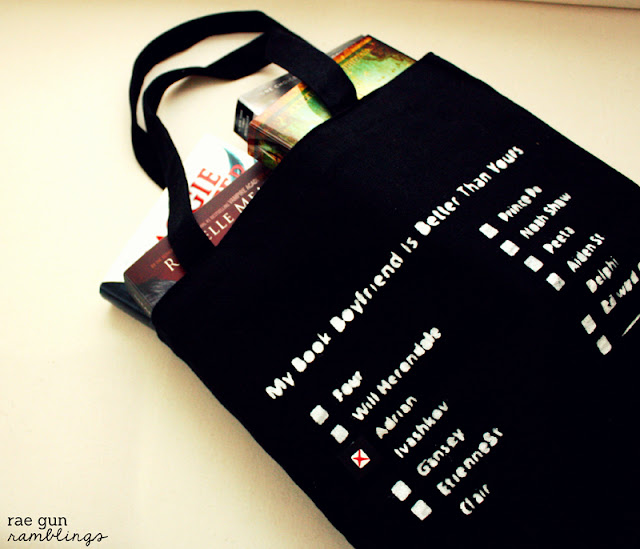 You know how I love my book boys. I’m not much of a full on romance reader but I love my dystopia, fantasy, and sci-fi with good doses of swoonfulness. So I may have decided to commit that to a book bag. But since I can never decide which of these gentlemen is my favorite I decided to put the check mark on a pin to more easily cater to my fickle whims. And it seems like every new book brings another awesome book boy I decided to leave a little fill-in-the-blank spot. yeah I know I’m a crazy nerd.

But let me introduce the boys:

If you haven’t met these boys yet you need to. Not only are their characters great but each and every one of these books makes me super happy. Some of my favorites and just super fun stories. Linking up with The Broke and the Bookish. 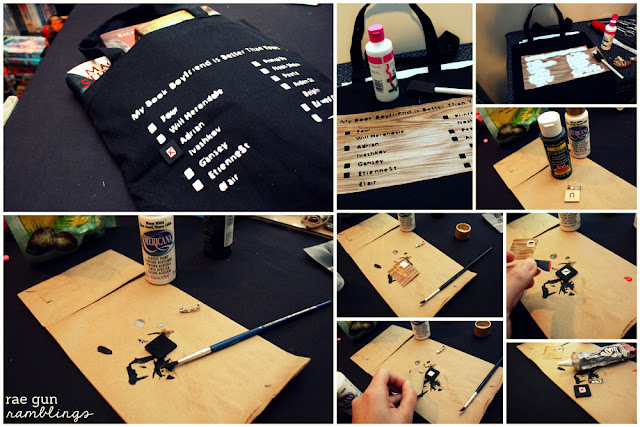 Also if you want to make your own book boyfriend bag  you can use use my freezer paper stenciling method. You can make your own with the book boys you love. Then you cut it out of freezer paper iron it on and paint with fabric paint. (Mine’s a bit sloppier since I was trying something new which wasn’t the best for the fabric of the bag, freezer paper would have been better.)

And to make the X pin all you need to do is paint is a scrabble tile (they sell them at the craft store now). I did black since my bag is black. Then paint a square (I had some stencil left so I just did that) and then put a big X on it (you know after the paint dries). I did my X by dipping the edge of a piece of paper in red and it worked really well. Then use a good glue to put a pin back onto the tile and you’re good to go.

Top 10 Stand Alone Books to Add to Your Reading List